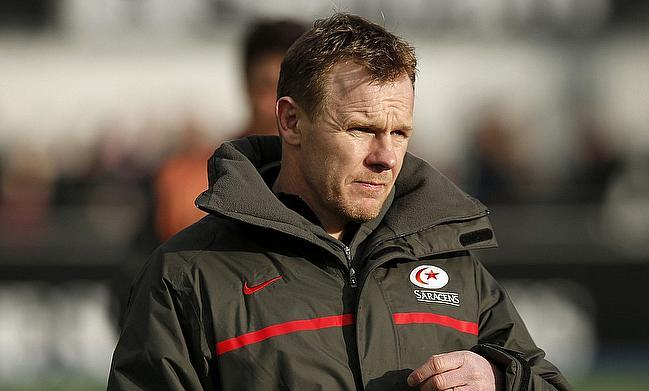 The Premiership champions could be deducted 35-points and fined £5.36m fine after an inquiry into business dealings between owner Nigel Wray and players.
©PA

On Tuesday, club rugby was rocked by the revelation that Saracens were being fined and deducted points for breaching salary cap rules.

Facing a fine of £5.3m and a point deduction of 35 league points, the investigation that had been underway for some months is a massive moment in Premiership history and it just so happens to be a judgement of the sport’s most dominant club sides.

However, it’s not as if Saracens are the first to break the salary cap. In February 2018, Wasps were adjudged to have accidentally overrun the cap, going over by £40,528, and the Coventry-based club were ordered to pay half back.

In contrast Saracens were deemed to have overspent the past three seasons and whilst the club and owner Nigel Wray claim it was in error, the findings were fairly damning.

It is well documented that Sarries, as a club, have made losses in recent years and with salary caps in place to protect clubs, this ruling could be beneficial long term. Regardless, Saracens are appealing the decision, meaning that the points deduction and fine will not implemented until after that process is concluded.

Whilst offering our own thoughts and opinions in these situations, we have decided to see what our readers and followers thought of events in North London.

Several people that responded were unsurprised by Saracens being found guilty for breaching the salary cap.

Matt Croot referenced 2015 when both Saracens and Bath privately came to an agreement with the league for alleged breaches.

Ruling does not go far enough!

Those trying to excuse this is unreal!

Caught 4 years ago & bought way out to keep it quiet.

Then continue to break rules for next 3 years & again in September offer to pay to keep it quiet.

Now they are saying is unfair as done nothing wrong

There has been speculation for some time from fans and pundits alike about the quality of players that Saracens have at their disposal. With nine players from the squad involved in the World Cup final, it made it hard to believe that these players are not being rewarded admirably for their talents.

Whilst Saracens may have been hit with a record fine, some were still not pacified. For some, Saracens have cheated their way to the top. As a result, a portion of rugby followers want to strip the club of the titles they have gained for the previous three seasons whilst deemed over the cap limit.

The plot thickened on Wednesday when Saracens did not attend the Champions Cup media launch day in Cardiff, with the EPCR saying publicly that the club had made their representatives unavailable.

Punishment not severe enough for sustained cheating. They should be stripped of their titles, including European (would they have even qualified for Europe without cheating). And suspended now, as they MUST still be in breach, as if anything they have a stronger squad v last year

Whilst the fine and points deduction would only affect the club in domestic competition, it remains uncertain at this time what the EPCR can do with information brought to their attention.

Having won the Champions Cup on three occasions this decade, things could get even worse for the English champions.

Comparisons have been drawn to Olympians retrospectively being given gold medals after their competitors have been deemed as having used performance enhancing drugs.

One TRU follower described what Saracens have done as ‘financial doping’ and that the teams they beat in the final should be given their titles.

What about the cost to clubs who “lost out” through this violation? It’s not like the Olympics were athletes can get retrospective medals awarded when any wrongdoing is uncovered.

Whilst many are satisfied with the findings, some are quick to point out that this is unlikely to be an isolated occurrence. As previously mentioned, the likes of Bath and Wasps have also faced questions about their spending.

No issue with the punishment. I’d love to see a full review of every clubs historical payments though. If we are doing 1 why not uncover all the goings on and then rebuild from there? Don’t believe for a second they are the only ones who have found loopholes or cheated the system

Finance is such a major part of professional sports. Without it, players could not be remunerated for their services, but if clubs spend too much, they could potentially bankrupt themselves and cease to exist.

In football, we have seen Bury fall from the Football League and Bolton nearly following suit. Hopefully rugby will not go the same way.