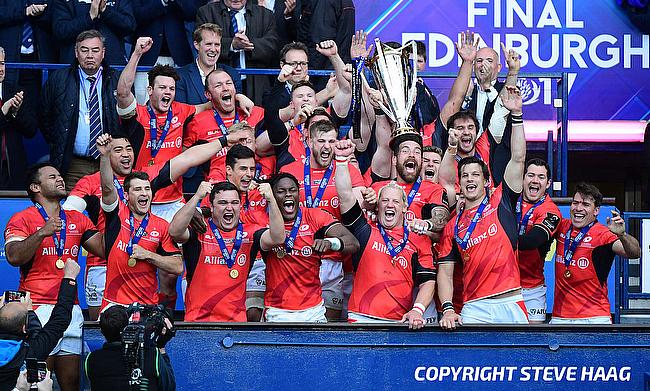 Premiership Rugby has confirmed that defending champions Saracens have been docked 35 points in the ongoing season and also were fined £5.36m for a breach in the salary cap.

The decision follows after a nine-month investigation by an independent panel on the arrangements made between the club owner Nigel Wray and some of the players. It is reported that Saracens failed to disclose the player payments for the last three seasons.

As a result, Saracens have dropped from fourth place in the table to the bottom with -26 points and are behind the 11th placed Bath Rugby by 30 points. Any such deduction in the last five seasons would have still seen Saracens avoid relegation but would have prevented them from reaching the play-offs.

"In addition, the Club is found to have exceeded the ceiling for payments to senior players in each of the three seasons.

"The Salary Cap Regulations stipulate that a points deduction may be imposed in the current season (2019-20) only.

"The sanction has no bearing on any other domestic or European competition."

The Premiership currently have a £7m salary cap, with two ‘marquee’ players allowed outside of it while Saracens have been handed down the maximum points punishment, which is for a breach of more than £600,000.

Saracens on their part have confirmed that they will appeal against the decision and said there was no deliberate breach in salary cap regulations.

"Saracens Rugby Club is shocked and disappointed by these heavy-handed sanctions and will launch an appeal against all the disciplinary panel's findings.

"The club is pleased the panel acknowledged it did not deliberately attempt to breach the salary cap and steadfastly maintains that player co-investments do not constitute salary under the regulations. This view is supported by independent legal and professional experts.

"The club will continue to vigorously defend this position especially as PRL precedent already exists whereby co-investments have not been deemed part of salary in the regulations."

Two positive cases in fifth round of Premiership's coronavirus testing

George Skivington: "It's about working on what will drive Gloucester forward"