Salary cap thrown into the spotlight 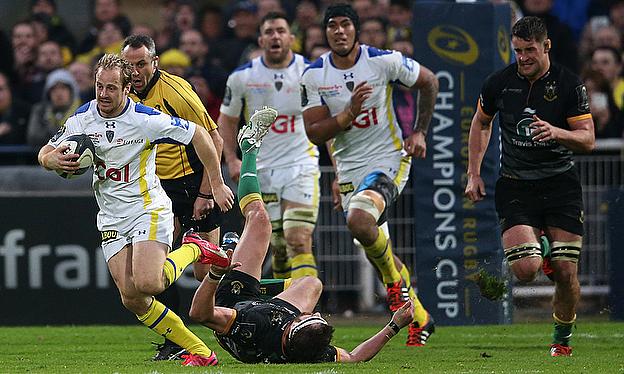 It was hard to know where to look during Northampton Saints’ disembowelling by Clermont in the European Rugby Champions Cup quarter-finals.

The English champions, not to mention standout side in the Aviva Premiership this season, were dissected time after time by the vaunted Clermont back line and looked entirely out of their depth.

Admittedly, the French side played perhaps the best game of their season thus far and Northampton were so far off the boil they were turning to ice, but it has raised once more the question of whether or not the Premiership salary cap should be further increased.

Wasps also fell victim to a French side in the quarter-finals, slipping to a 32-18 defeat to Toulon at the Stade Mayol, and despite a very encouraging display which was far closer than the score line suggested, it prompted Wasps’ Director of Rugby Dai Young to comment on the current salary cap.

“The salary cap has worked; all the clubs have been sustainable for a long period, it’s the most competitive league in Europe and there have been two or three different title winners in the last few seasons, too.”

“But maybe we need a re-think about how important Europe is to the English teams and how the salary cap leaves us when playing against the big French teams. Realistically, Premiership teams need a bit of luck to arrive at these games with their best team fit. With the salary cap, there’s no way we can match the massive squads these clubs have” stated Young.

With Wasps now owning their own stadium and able to generate an enviable income outside of gate receipts alone, it’s an understandable point of view for Young to have. The Welsh DoR has already taken advantage of that new income – and the upcoming increase of the salary cap from £4.5m to £5m – by bringing in Frank Halai, Dan Robson and Jimmy Gopperth for the 2015/16 season.

One of the biggest arguments against increasing the salary cap has been that it will see young English players get less exposure at the highest club level and the resulting fallout will hurt the national team. Whilst it’s hard to deny that fact, ensuring English teams remain competitive in the knockout stages of Europe is also paramount.

The academy system in England is as good as it has ever been and the pathways from school rugby to academy rugby, and ultimately onto professional senior rugby, are well laid and proving extremely fruitful. The production line of young English players ending up in the Premiership is working at an unprecedented level and it’s not something we should risk jeopardising.

That said, the recent TV deal with BT does give the Premiership clubs more spending power than they have ever had before and gives more clubs, not just those with wealthy benefactors, the capability to compete financially with the French sides.

One way to achieve this, without disrupting the conveyor belt of English talent making to the highest level, would be to increase marquee player spots. Heading into the 2015/16 season, Premiership clubs are allowed two marquee players in their squads and if this were to be increased to three, four or even five spots, then it would certainly encourage Premiership sides to import quality over quantity.

Financially, the likes of Bath and Saracens can compete with Toulon and Clermont, but when it comes to recruiting, the French sides have the ace up their sleeves of star-studded rosters and genuine European title ambitions, whilst English sides cannot offer prospective players that same realistic ambition. With two or three more marquee players, in addition to a still thriving academy system, the English sides would certainly become a lot more relevant in the knockout stages.

Further sanctions could be brought in to ensure this doesn’t affect the development of young English players, such as one or two marquee spots being reserved for players developed by the club, a high enforced minimum number of English players in registered squads and adjustments to the Premiership to ensure a certain percentage of English players represent their clubs each week.

Ultimately, it’s case of trying to balance the merits of producing talented, home-grown players and being able to attract the quality foreign imports to not only keep the Premiership sides competitive in Europe, but also to improve the league itself.

Rather than increasing the cap, which could see the league flooded with fringe southern hemisphere players providing depth, increase teams’ marquee player allocations. Being able to bring in the likes of Duane Vermeulen or Willie le Roux will not hinder the development of young English players, in fact, it’s likely to improve it. Iron sharpens iron, after all.

With 12 professional clubs playing at the highest level in English rugby, there is the quality and quantity in the English player pool to allow for Premiership sides to have four or five marquee foreign players on their rosters, without any significant detrimental cost to the national side.