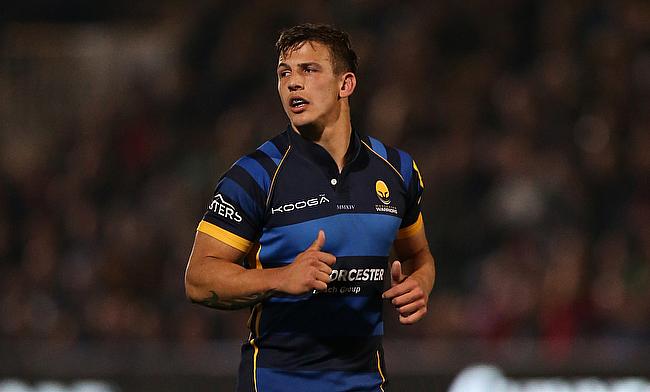 The 27-year-old will head to Ricoh Arena ahead of the 2020/21 season after the Warriors have mutually agreed to release the 6ft 2in centre from his final year of contract.

“For me, I feel like it’s time for a fresh environment and a new, exciting challenge," Mills told in a statement released by the Wasps.

“Wasps is a club drenched in history and one that I have always been drawn towards, largely due to the attacking, exciting style of rugby. Hopefully I’ll be able to add to what’s an already dangerous backline and it’s something that I am very much looking forward to".

Mills started his professional rugby career with Gloucester Rugby in 2012 after graduating from Hartpury College and featured for the Cherry and Whites 26 times. He made a switch to Warriors in 2014 and has made over 100 appearances for the Sixways outfit.

Mills, who can also play at fly-half has represented England Under 20 side was part of the Under-20 Junior World Championship and Six Nations squads in 2011 and 2012 (Grand Slam).

“Having a fantastic home ground to play at like Ricoh Arena is a real bonus, while I’ve already got some good friends at the Club like Dan Robson, and have played with a few others in various teams, like Thomas Young at Gloucester and Josh Bassett and Joe Launchbury in the England age-groups.

“So, I know the quality of player and personnel that I’ll be joining which makes the decision a lot easier and it’s another reason why I’m looking forward to a new chapter and pulling on the famous Black and Gold.

“I’d like to pay a special thanks to the Warriors players, staff and fans for their tremendous support over the past six years. I don’t regret a second of my time at the club.

"It was extremely difficult at times but also equally rewarding coming through some of the testing times as we did".