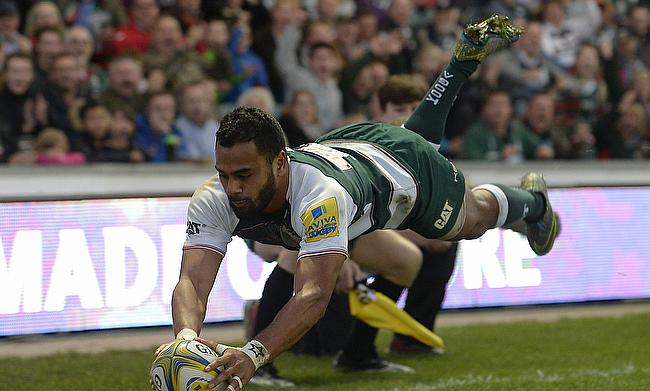 Telusa Veainu was one of the try-scorer for Leicester
©PA

Greg Bateman and Telusa Veainu scored tries as Leicester Tigers came from behind to beat Wasps 18-9 in the 10th round of the Gallagher Premiership at Welford Road.

This is Tigers' third win from 10 games as they take their tally to 16 points in the table while Wasps are at 10th place.

Jimmy Gopperth kicked back to back penalties in the 9th and 15th minutes to take the Tigers to a six-point lead before Tom Hardwick with his three-pointer around the half-hour mark reduced the deficit of the hosts heading into the break.

The Tigers suffered a setback early in the second half when Tomas Lavanini was yellow-carded for a dangerous tackle on Wasps' Nizaam Carr following which Gopperth and Noel Reid traded penalties.

The Tigers went on to claim the lead when Bateman dived from closing range at the back of a maul and with Wasps struggling to score a point, Veainu strolled past the try line in the 65th minute to complete a 18-9 win.

"The good thing for me was our mental resilience," said Leicester Tigers captain Tom Youngs.

"We went in at half-time and reassessed and put a good 40 minutes in, in the second half. The first 40 didn't go particularly well but we went in a reassessed.