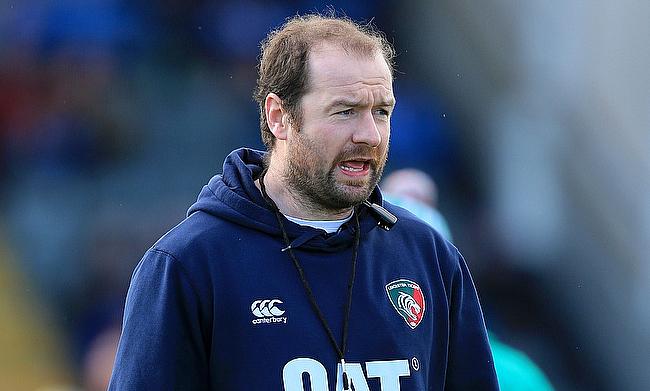 Former England Under 20 international Ryan Bower will make a return to Leicester Tigers after he was signed by the Gallagher Premiership club.

“Tigers is the club I’ve always supported, from a young age in Leicester, and it’s a great opportunity to be back, playing for the club again," he told in a statement released by the club.

“After speaking with Geordan and Steve, there is a clear vision on the team are going to play the game and an obvious focus on working hard.”

The 29-year-old made his professional rugby debut with Leicester Tigers in 2010 but moved to Nottingham on a loan stint between 2011 and 2013 before switching to Worcester Warriors ahead of the 2014/15 season.

Bower went on to make 105 appearances for the Sixways based club including 46 Premiership appearances and also has experience of playing for England Under 20 side in the Six Nations Under 20 Championship and Junior World Cup in 2011.

“Ryan is well known to many at Tigers and we are glad to see him back with us in Leicester," said director of rugby Geordan Murphy.

“He is a local lad who understands what being a Leicester Tigers player is about and returns to the club after some impressive seasons away with Worcester, where he grew into a senior member of the Warriors club.

“Ryan adds valuable depth in our front-row stocks and is the type of player we are interested in having here at Tigers, who work hard and are committed to what we are building here in Leicester.”

Leicester Tigers had a tough 2019/20 season with four wins from 13 games in the Premiership and will face Exeter Chiefs on 14th August at Sandy Park on 15th August when the competition resumes.