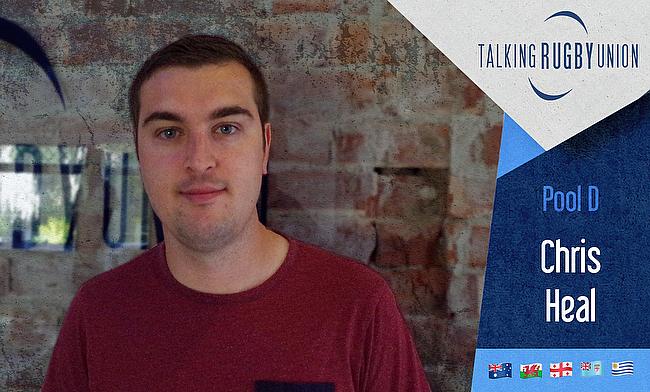 Last but certainly not least, we take a look at Pool D in this year’s Rugby World Cup which contains Wales, Australia, Fiji, Georgia and Uruguay.

At the beginning of August, Wales entered the month with a 14-game unbeaten run to their name. A clean sweep in their autumn internationals was followed by a first Six Nations Grand Slam since 2012 and Warren Gatland’s side had the momentum with them.

However, their run did come to an end in their first warm-up match against England at Twickenham - which also saw fly-half Gareth Anscombe sustain an injury that would rule him out of the World Cup.

Less than a week later, Wales duly responded against the same opposition thanks to a gritty 13-6 victory in Cardiff as they moved to No.1 in the world, however, back to back defeats against Ireland may have concerned Gatland before the squad departed for Japan.

But with just days until Wales begin their World Cup campaign against Georgia in Toyota City, their form on the pitch has been overshadowed by the news surrounding attack coach Rob Howley. On Tuesday, Gatland’s right-hand man was sent home from Japan for alleged betting offences with Stephen Jones replacing him before moving into the job on a full-time basis after the tournament.

Wales come into this World Cup as one of the favourites with Gatland aiming for a fairytale ending to his tenure in charge. Belief will still be high amongst their talented and close-knit squad, but Howley’s departure will have had an impact. Can Wales ‘draw a line in the sand’ and refocus on winning the big prize?

On paper, Wales and Australia will be favourites to qualify from Pool D and the Wallabies may be confident of topping the standings based on their record against Gatland’s men. The two sides meet on September 29th in Tokyo with Wales searching for only their second win against Australia for 11 years, but the Welsh did come out on top when the teams clashed in Cardiff last autumn.

This fixture will be Australia’s second match of the World Cup, with their opener coming against Fiji on Saturday. Arguably, if Michael Cheika’s side come through both games unscathed, the number one spot in Pool D should be theirs, but Australia’s inconsistency will have to end in Japan.

The Wallabies concluded last year on a downward curve having secured just one win against Italy during their European tour and the pressure started to build on Cheika. A loss in their first Rugby Championship match against South Africa didn’t help matters, but Australia hit back to beat both Argentina and more notably, New Zealand.

The All Blacks were reduced to 14-men in that 47-26 contest and the world champions did retaliate by clinching a victory in Auckland a week later, but Australia ended their preparations for Japan with a 34-15 triumph against Samoa.

Michael Hooper and David Pocock will be vital if Australia stand a chance of reaching their second World Cup final in a row, and as we know, the Wallabies always seem to click into gear when the showpiece event comes around.

Speaking to Olympic gold medal winning coach Ben Ryan, it just increased my intrigue and excitement about what Fiji can conjure up in Japan. When asked where their strengths may lie, Ryan listed the majority of the squad John McKee has selected for the World Cup which suggests the Flying Fijians should not be taken lightly.

If anyone knows why you should not underestimate Fiji, it’s France. They were beaten by McKee’s side last year and Fiji followed that up by defeating Pool D counterparts Uruguay at Hartpury. They also finished second in the recent Pacific Nations Cup behind Japan after accumulating victories against Samoa and Canada.

Now their target will be to upset either Australia or Wales if Fiji harbour dreams of reaching the quarter-finals. In Semi Radrada, they have a try-scoring machine and the versatile back has also appeared in the Sevens World Cup and the Rugby League World Cup.

The experience and flair they possess is a combination which could ignite the World Cup and if Australia play an expansive style of rugby in their opening match on Saturday, this could be exploited by an explosive Fijian side. For us in the UK, the first match of Pool D between Fiji and Australia is a 05:45 kick-off, but it could well be worth the early start!

When you think of Georgian Rugby, you think of sheer power and a combative side. Forwards coach Graham Rowntree told us no different ahead of the Rugby World Cup as Milton Haig’s side aim to ruffle a few feathers in Pool D.

Georgia have been mentioned in the same breath as the Six Nations for the last couple of years. The Lelos are knocking at the door to displace Italy from the Championship, so their defeat to the Azzurri last year would have been slightly disappointing. Nevertheless, wins against Tonga and Samoa were swiftly followed by another dominant showing in the European Championship as Georgia showcased exactly why they are the cream of the crop in Tier Two.

They did suffer back-to-back losses against Scotland to conclude their World Cup preparations, but with 53,000 people turning out to watch the national side in Tbilisi, the foundations are there for Georgia to take the next step.

Backed by billionaire and former prime-minster Bidzina Ivanishvili, Georgia do have a long-term vision for the growth of the game and Haig has played a major part in that during his seven-year tenure. Rowntree also believes if Georgia are to continue improving, they must gain more opportunities to face Tier One nations and with Wales and Australia to come over the next few weeks, the Lelos will be relishing their challenge.

Uruguay qualified for the Rugby World Cup after securing a stunning 32-31 win over Canada in February 2018. Los Teros overturned a 15-point half-time deficit to earn a place in Japan and this year, they finished second in the Americas Rugby Championship after beating the aforementioned Canada as well as Chile, USA and Brazil.

Those results were encouraging signs for Esteban Menses and his team, but defeats to Namibia and Spain in the lead up to Japan would have been disappointing, especially after beginning their World Cup preparations with a win against Russia.

However, Uruguay will look to use their pace and skill to cause teams problems in Japan and with their opener coming against Fiji next Wednesday, we could see quite the spectacle in Kamaishi City.