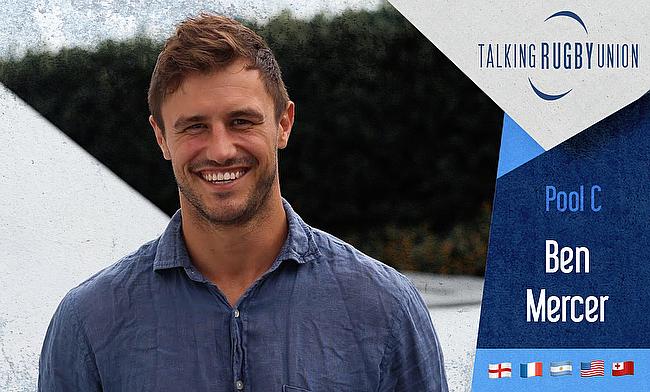 It is time for England’s pool. Eddie Jones’ side will be begin their pursuit of World Cup glory on Sunday against Tonga before facing USA, Argentina and France. Will they top the group? TRU’s Ben Mercer has his say..

It's no exaggeration to say that this is the toughest pool in the competition.

England are previous winners, France have been to three finals, Argentina have finished 3rd, the USA are steadily improving and Tonga have a smattering of players from some of the best club sides in the world.

There is no 'easy' game in this one. If one top three team loses to another it could be curtains for their prospects. Equally, take your eye off the ball and change the team around too much, those teams could lose to the USA or Tonga who have everything to gain and nothing to lose.

I'm delighted to be covering it!

Starting with England, they've been preparing for this for the entirety of Eddie Jones' reign as coach - winning this tournament has always been his stated goal. They seem to be peaking at the right time, demolishing Ireland very convincingly in the warm-up matches and managing to get most of their best players fit, available and in form at the right time.

England's problem doesn't seem to be one of talent. They have an enviable mix of size, ball handling ability, dead-eyed goal kicking and speed out wide, as well as depth and flexibility in most positions. Prop, lock and wing are particular areas of strength but injuries to Billy Vunipola or Ben Youngs could see them exposed.

Thanks for having us ??

Their problem is that there are questions over their mentality in the big games. Owen Farrell has yet to prove that he's a reliable captain in the pressure moments. He was lucky to not cost England in Tests against South Africa and Australia last year and he may lack the composure of the great World Cup captains like McCaw, Smit, Dusautoir or even Martin Johnson, a man who was known for his irascibility but also his calm decision making.

It's odd considering that Farrell is so key for Saracens and the architect of much of their success. He's one of the world's finest players and England need him to keep a cool head. If he can, they'll be looking good for the knockout stages.

France are as ever, an enigma. Their head coach is a dead man walking while they seem to suffer from almost too much choice and flexibility. If everyone can play 10, kick goals or move between the centre and the wing then who's best? Apart from Antoine Dupont, one of my favourite players to watch in the world, no one is quite sure. They have history in the tournament though and a propensity to seize on emotion to power them through knockout rugby. Then again, they could always lose to Tonga. Playing Argentina immediately could decide their fate in this tournament.

Argentina will be one of the most cohesive teams due to the majority of their players spending the whole year together in Super Rugby with the Jaguares. This year they made the final of the competition so would appear to be in good nick for the World Cup.

The big question was always going to be who they would integrate from Europe - they've risked their cohesion by jettisoning their regular playmakers in favour of Nicolas Sanchez and Benjamin Urdapilleta, both stars of the French Top 14, but they've left other quality performers in the cold with Santiago Cordero, Juan Imhoff and Facundo Isa not making the cut.

Backing their regulars is not a bad thing when they can count on Pablo Matera and Emiliano Boffelli. It is admirable but have they cut off their nose to spite their face? It remains to be seen. In an age of relatively similar styles across teams, Argentina will throw something wildly different at their opponents judging on the play of the Jaguares in Super Rugby, making them a dangerous opponent.

The USA are on the up and their 7s team is justifiably regarded as one of the world's best outfits. This has yet to transfer to the more varied requirements of the 15s game but they will be obdurate, well-conditioned opponents, boasting some experienced heads in AJ MacGinty and Blaine Scully, some big front rowers in Titi Lamositele and Joseph Taufete’e and a collection of athletic back rowers who make for miserable opponents.

I feel like this is a tournament too soon for the USA to really cause an upset but they'll be hoping to take a pool game victory, learn from the tournament and come again in four years time.

Tonga are an odd prospect. They look like the poor relation of Fiji and Samoa going on recent results, including a 90-point shellacking from the All Blacks, but they have some talent proven at the highest levels of club competition in Telusa Veainu, Ben Tameifuna and the integral Sonatane Takulua.

I can't see them beating one of the big three in this pool, but they have the capacity and have done for more fancied teams in the past. They'll be targeting their game against the USA and then hoping to pick off one of the more fancied teams. I think, though, that it'll be too tough for them to reach the knockouts for the first time ever.

All in all, I’d be expecting England and France to make it out of this pool and head into the knockout
stages. Let’s see!