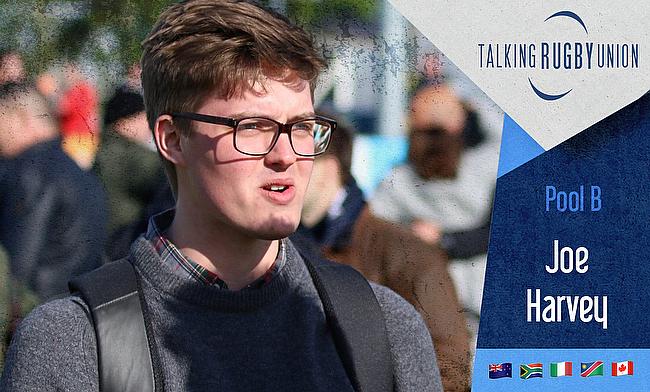 Pool B will kick into action this Saturday when the All Blacks and Springboks take each other on in Yokohama, writes TRU’s Joe Harvey.

There are five Webb Ellis trophies between the two teams so it would be easy to forget that there are three other familiar nations that will most likely be playing for the fabled third place, guaranteeing qualification for the 2023 tournament in France.

Italy, Namibia and Canada have the unenviable task of taking on the two tournament favourites, whilst also having to better one another periodically. None of these sides are coming into the tournament in sparkling form, so they will really have to raise their game in order to get automatic qualification.

Coming into the tournament as number two in the world probably wasn’t the way that outgoing Head Coach Steve Hansen wanted to begin a second title defence. Finishing as runners-up to South Africa in the recent Rugby Championship, it seems that New Zealand haven’t been as settled as previous years.

Owen Franks was dropped due to his lack of mobility and Rieko Ioane has found himself on the outside looking in. Elsewhere, Beauden Barrett has been shipped to fullback whilst Richie Mo’unga has slotted in at 10.

Regardless of Rugby Championship finishes and team changes, the All Blacks have shown up in a big way in the last two World Cups, winning the tournament on home soil and then at Twickenham four years ago.

The most worrying thing is that the side have the ability to drop the likes of Owen Franks and Waikase Naholo and bring in other top-quality players almost seamlessly. Their biggest game will no doubt be the first hit out against the Boks and following that, the side may be able to coast into the quarter finals.

A third-place finish at the 2015 World Cup saw the start of some dark days for the Springboks, however it does seem like those times are behind the team under the guidance of Rassie Erasmus.

When Siya Kolisi was announced as the team’s captain, it very much felt like the rainbow nation feeling of 1995 was coming back. The sides performances have improved too. Having been the whipping boys of New Zealand, Australia and even Argentina at times, South Africa won their first Rugby Championship for 10 years earlier this summer.

Their staunch performance against the All Blacks earnt them a draw and now allowing Erasmus to select players from overseas has been invaluable. Faf de Klerk’s arrival in England saw the scrumhalf’s pedigree rise and since his return to the Boks, he has established himself as one of the world’s best.

Franco Mostert has similarly had a fantastic effect at club level for Gloucester, but it is the hot-stepping Cheslin Kolbe that has benefitted the most from the rule change. Signing for Toulouse in 2017, the former Blitzbok probably thought that his chances of selection for the senior side were non-existent prior to Erasmus’ arrival as Head Coach, but the wing is now renowned on the world stage and across Europe for his incredible ability.

TRU was given access to the Italy camp prior to their game against England in Newcastle at the beginning of the month. Catching up with columnist Seb Negri, it was impressive to see how assured the Azzurri camp was in the lead up to the World Cup.

The side’s only win has come against Russia, who have also lost to both Connacht and Jersey in the lead up to this tournament, but as ever the Italians have shown promising signs. They were very much the better side against England in the first half of that game, before tiring out in the second period which allowed England to run away with the game.

Conor O’Shea has done a wonderful job since touching down in Rome. We have seen Treviso go from strength to strength and O’Shea has found a wealth of Italian qualified players in the Gloucestershire area. Negri along with Calum Braley and Jake Polledri all attended Hartpury College, whilst Dave Sisi plied his trade with Bath some years ago.

Playing Canada at the last World Cup, it remained clear that Italian rugby still had a way to go until being classed as a true tier one nation, having lost the majority of their games since the last tournament. Spirited displays can only go so far for a national side and with the likes of Georgia knocking on the door of the Six Nations, Italy will want to showcase exactly why they deserve to be a top northern hemisphere with dominant performances over Namibia and Canada.

Coached by former Wales and Llanelli player Phil Davies, there are many unknowns about this Namibia squad. Since 2015, the legendary Jacques Burger has retired from rugby and Harlequins’ Renaldo Bothma suddenly announced his retirement from international rugby in the run-up to the tournament too.

They will have scrumhalf Eugene Janties who will be playing at a fourth World Cup for Namibia, a great achievement for a player at a tier two nation. That is the kind of player that Namibia can look to when the going gets tough in Japan, as well as a coach that has done it all himself.

There is a sprinkling of professional players throughout the squad, some plying their trade in France and one in Wales. However, the majority are part of the Welwitschias club in Namibia, playing in the South African Currie Cup competition. As a result, the majority of the squad know each other well and will be hoping to translate that understanding on to the pitch.

Four years ago Canada gave a good account of themselves in England, however, they lost each game. Despite leading Italy and Romania in two of the matches that they played in 2015, Canada finished at the foot of their pool that also featured Ireland and France. As a result, Canada had to qualify the long way and after losing to Uruguay in a qualifier, Kingsley Jones’ side had to win the repechage tournament in Marseilles last November to gain a spot in Japan.

There have been big changes in North American rugby since the last World Cup too. The introduction of MLR has seen a massive increase in professional players for Canada and it will benefit them for this tournament as well as the long-term.

We spoke to Matt Heaton about his journey to the World Cup, with stops at Otley and Darlington along the way, and the flanker admitted that Canada are hoping for a third place finish in order to guarantee qualification for the next tournament.

Head Coach Kingsley Jones has also brought in some superb coaching staff for the tournament with Richard Wigglesworth in charge of the defence, Boris Stankovich at the head of scrum operations and Cardiff Blues Academy manager Gruff Rees operating the backs. Bringing in so much tier one knowledge can only help Canada with the daunting task of taking on both South Africa and New Zealand in the weeks to come.