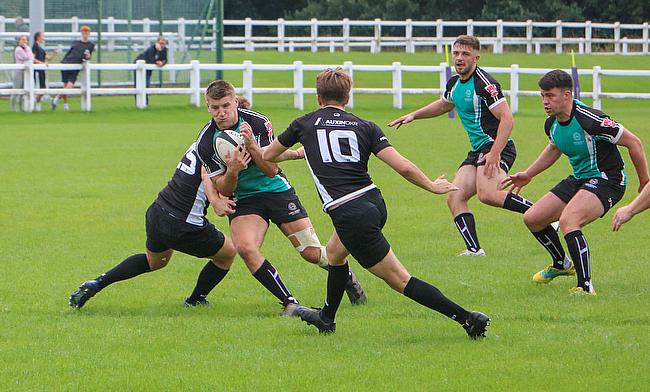 Charlie Venables' rugby journey has certainly been an interesting one. At the age of 23, he has already represented England Counties U20s, England Universities Sevens and Sale Sharks in the Premiership 7s, whilst also been an ever-present in Leeds Beckett's BUCS Super Rugby side.

Two weekends ago, Venables’ rugby journey took another step. After a training session against Yorkshire Carnegie, the utility back was invited to be dual registered with the Championship club.

Ahead of their game against Ampthill at Headingley, Venables had initially been told that he would not be needed, but a late injury saw him drafted on to the bench.

“It is obviously a hard time for the club as a whole, but there is a plan in place about re-growing the squad, re-growing the club as a brand, trying to get it back to where it needs to be. Somewhere like Leeds needs to have that big rugby base and a good side playing at a good level. It was a good experience and I really enjoyed it.”

Losing 52-10 at home on the day, Carnegie are still searching for the spark that could set their season alight because it has been a case of turmoil since the first ball of the campaign was even kicked. Martyn Wood was appointed as Head Coach in September, days before the term was due to begin and has since departed with former Namibia Coach Phil Davies taking the reins.

Not the only Leeds Beckett player swapping a purple jersey for a blue one, Venables made his Championship debut alongside Jide Ajayi, Will Routledge, Kieran Davies, Harry Robinson and Tobi Ademakin. With so many of his regular teammates around him, Venables says that their presence did make his afternoon much easier.

“It made it a bit more comfortable than it would have been I imagine,” Venables said.

“We haven’t really trained with Carnegie as Carnegie, we have only trained against them as Beckett. It was difficult in game, not knowing calls, but it was made better as there was quite a few of us playing because we were able to communicate and know how each other play.”

Completing a sports science degree at Leeds Beckett last spring, Venables began a part-time masters in strength and conditioning, meaning that he can not only further his education and qualifications, but that he can represent his university in BUCS Super Rugby for this year and next season.

Playing at full-back for the majority of his time with Beckett, Venables has largely been seen in the 12 shirt this year, something that Head Coach Kerry Wood asked his most experienced player to do. Despite being in unfamiliar surroundings, Venables believes that the positional change has benefitted him, rather than been a hinderance.

“It has definitely helped, this year especially having to move out of the comfortable position of playing 15 a lot,” Venables said.

“I have adapted my game to suit our style of play at Beckett, in order to play 12 in the role that I need to play. It is just an experience sort of thing, playing with that knowledge and being able to make the right choices in pressure situations.

“I think my environment, from even before I came to uni, at Macclesfield [in National Two North] and the stuff I did at Sale, that has helped as well. Macclesfield was a very eye-opening experience, playing with men, guys that had played rugby for 10 or 15 years at National Two, National One level, that helped before uni, but uni has just enhanced my rugby really.”

Getting to the show-piece finale at Twickenham last year, Leeds Beckett fell just short to Hartpury in the final. Currently in the running for another day out at England HQ, the Yorkshire outfit are currently third in the Super Rugby table and are very much in the running for a home quarter-final.

“Ultimately the goal is to get the BUCS Super Rugby title after the knock-out stages,” Venables said.

“We have got to put ourselves in as good a position as possible to get that home quarter-final and home semi-final. If we can manage to get ourselves back in the top two, you’re then in knock out rugby and anything can happen. We proved that last year. So, we will see how we go.”