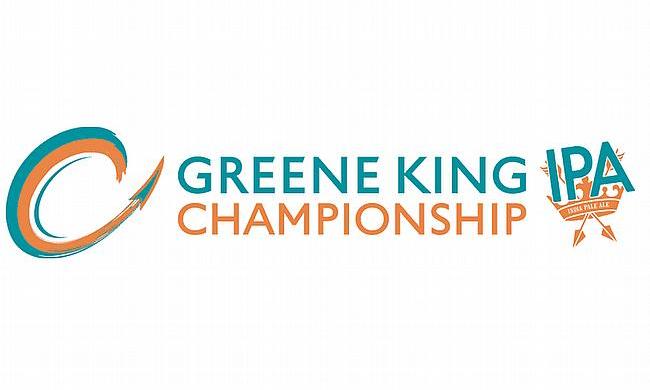 Championship clubs slam RFU over their decision to slash funding
Charlie Beckett Column: We could find ourselves in a very strong position
Yorkshire Carnegie - What has gone wrong?

After the RFU’s announcement this morning that they would be cutting funding to the Championship by some 50%, TRUs Joe Harvey has offered his thoughts about the announcement.

Let’s be honest, we all love an underdog story. Getting to see Exeter Chiefs go from Premiership minnows to the crème de la crème of English club rugby has, quite frankly, been a joy to behold.

But, in all likelihood, their tale will be the last story of a small club going large that we ever tell at the pub or to kids learning about the game.

Last night it was leaked that the RFU would be cutting their support to Championship clubs by almost 50%. Confirmed this morning, it was confirmed that the English governing body would be providing the twelve clubs in the second division £288,000.

New CEO of the RFU, Bill Sweeney, said “This is a decision based on a principle of ensuring levels of investment are geared to a clear return on investment.”

Essentially, the RFU is making no money from the Championship. As a result, the governing body has seen fit to take a large chunk of the clubs’ funding from them, making it far more likely that we will see a return to amateur status in the second division.

Anyone else subscribe to the theory that the RFU have done a secret deal with PRL to slam the door shut on the Champ and ring-fence by the back door?

With less money available to them, it will become less financially viable for head honchos at clubs to provide players and coaches will full-time contracts. This would, most likely, result in a reduction of quality in the league, making any potential step-up to the top-flight all the more difficult.

Recently, we have seen what has happened to Yorkshire Carnegie. The club overstepped its capabilities as a professional set-up, left player wages and medical bills unpaid, now operating as amateurs.

More worrying still is, after reading a statement released by Nottingham Rugby Chairman, Alistair Bow, it would seem that there is no guarantee whatsoever of funding after the 2020/21 season. Talk about the rug being pulled from under you.

Quite frankly this would be catastrophic for all these clubs. It is a well-known fact that professional teams generally operate at a loss and payments, like these from the RFU, are to ease the burden of shareholders and owners.

Taking these away will quite simply change how clubs are run, most likely making some staff redundant and potentially leaving 200 professional rugby players without a job in the very near future.

Amongst the RFU’s considerations, the development of a ‘league where more clubs have an ambition of winning promotion’ was cited. Well, this really does open up a kettle of fish.

For the past three seasons the promoted team from the Championship has been the same one relegated from the top division the previous year.

A key reason that relegate teams have been able to dominate in the second division is that they operate at a higher level, as they are able to retain their players. This is done as a result of the sides maintaining shares within Premiership Rugby Limited (PRL).

This allows teams to still operate under the rules and regulations of the PRL. The most notable part of this is that the likes of Newcastle and Sarries next season still have a salary cap upwards of £7m, whereas another sides wage bill will be considerably less.

Some Championship sides have accused the RFU of essentially introducing ringfencing without saying the word itself. With all due respect to the sides this will affect most, they have struggled enough this season to compete against Newcastle, who sit top of the Championship relatively unopposed by the likes of Ealing and Cornish.

STATEMENT FROM THE CHAIRMAN? ? In response to the RFU funding announcement? ? On the morning of Tuesday 11th February, just prior to arriving at Twickenham for a Championship Club’s meeting with the RFU, I (Alistair Bow) received a letter from their new Chief Executive - Bill Sweeney, backed up by a presentation, outlining their decision to cut Championship funding by approximately 50% next season and with no guarantee of funding at all thereafter. The RFU have now released a statement detailing this news to the media.? ? As I am sure you will expect, it has come as somewhat of a surprise to most, if not all Championship Clubs’ and it puts almost all clubs in a very difficult position. There has been no warning, no opportunity for negotiation, or discussion and very little notice to be able to make informed business decisions on the back of it.? ? Clubs, including Nottingham, have been in the process of securing contracts for players and coaches in recent months and these will need to be reviewed alongside a thorough assessment of what our future trading and performance might look like. It will also come as a huge shock to players, coaches and support staff across the game and I am sure will affect many people’s livelihoods.? ? The Nottingham Rugby board are extremely disappointed with the RFU announcement and subsequent reduction in funding, but we are even more disappointed and somewhat astounded at the underhand and deplorable way that we feel this has been communicated. To give Championship Clubs next to no notice to be able to take action is not acceptable and we will be meeting urgently to review our strategy and consider our position going forwards.? ? The club will be making a further statement following a period of reflection by the board.? ? #GreenNWhites #PartOfTheTeam ????

How are these sides meant to compete against professional sides who operate at professional standards both on and off the pitch, when they can’t bring in the level of athlete, coaches or facilities to compete?

The current England side has several players that spent time in the Championship at the start of their careers and it would be a good bet that each of them would say that playing in the second division was a big reason that they were able to progress to higher honours.

Both Mako Vunipola and Ellis Genge started their careers with Bristol in the Championship, Courtney Lawes’ formative experiences with Northampton came after the Saints were relegated from the Premiership and even Owen Farrell was sent to Bedford Blues for a brief loan spell.

Ultimately it would seem that the unthinkable has happened. The fairy tale is over, and people’s livelihoods are on the line. In the immortal words of Jamal Ford-Robinson:

Congratulations on killing off the Championship.