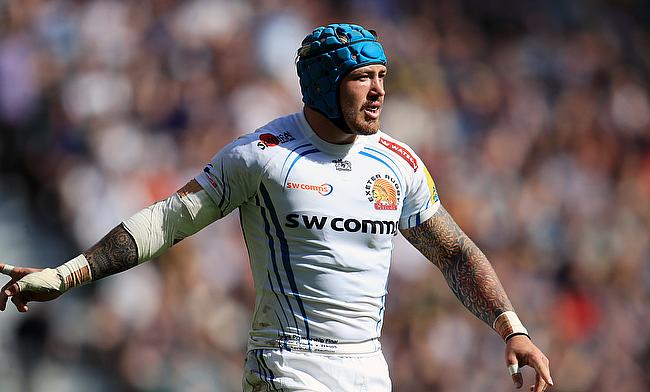 Exeter Chiefs director of rugby Rob Baxter has revealed that winger Jack Nowell is expected to be on the sidelines for few weeks following his latest injury setback.

The England international had already underwent a surgery on his toe ligaments following Exeter's Premiership final victory over Wasps last season in October last year while another undisclosed injury that he suffered in March restricted his comeback to just three free bets for Rugby Union games this year.

The 28-year-old now has 'sprained his MCL' in the recently concluded Gallagher Premiership game against Worcester Warriors which the Chiefs went on to win 41-10.

"Jack will be out for at least a few weeks. He has unfortunately sprained his MCL in that awkward tackle, just the way he fell," Baxter said.

"That is a bit of a crippling blow for him having only just got back fit and looking good and sharp.

"He had really taken his time on his rehab to get back right 100 per cent, so this is a disappointment for him and for us.

"I hope this won't be the end of his season and we will see him before the end."

Nowell has played 34 Tests for England apart from two more for the British and Irish Lions that came during the tour of New Zealand but have not played an international game since the 2019 World Cup campaign that saw Eddie Jones' team reach the finals.

Exeter are currently at third place in the Gallagher Premiership and will face London Irish, Newcastle Falcons, Northampton Saints and Sale Sharks in the final four rounds of the regular season.