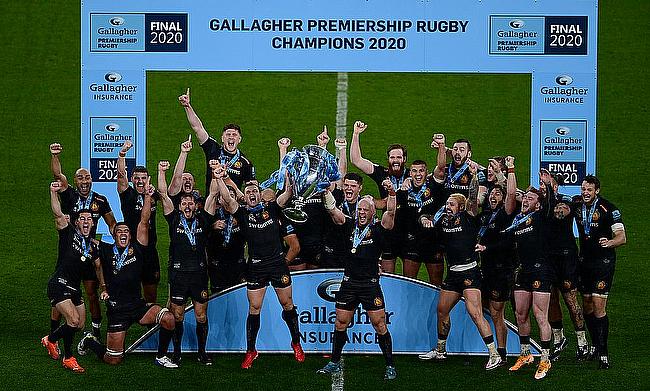 In a week where the sporting headlines have been dominated by the European Super League saga in football - which has subsequently been left in tatters - it is nice to be writing about a game between two rugby clubs who would not be battling it out for the Premiership title if the top-flight was a closed shop.

Five or so years ago, it would have taken a brave person to suggest Exeter Chiefs and Bristol Bears would be the two leading teams in the country, but that is exactly what they both are heading into Friday night’s clash between the pair.

The Bears currently sit at the summit as they prepare to welcome the champions to Ashton Gate, and whilst the greed and the spineless actions of some football owners is not for a minute on the same scale as ring-fencing the Premiership (something which is still a possibility), Chiefs Director of Rugby Rob Baxter believes promotion and relegation is an ingredient which needs to remain in British sport.

“In this country, you would always say it is very important,” Baxter said. It has always been part of pretty much every sport in this country that there is a way of working yourself through results on the field up through the leagues. It’s massive in this country.

“At the same time, it is part of British sport and one that I have said many times from a personal perspective I feel very uncomfortable about because I know what we had to go through, not just one season to get promoted to the top league but how we had to work our way through the league structure over a number of seasons. I know everyone in Exeter is in favour of some form of promotion and relegation to remain in the game.”

Of course, the Premiership has suspended relegation for this season due to the impact of Covid-19, but that hasn’t diluted any of the drama we have seen in the top-flight in recent weeks.

Exeter’s defence of their European crown did come to an end at the beginning of the month when Leinster dethroned them in the Heineken Champions Cup, but keeping their grip on their domestic title has been anything but plain sailing.

The Chiefs currently sit second in the table, but they are only four points clear of fellow challengers Sale Sharks and Harlequins, whilst a cluster of teams below all have the ability to put a late run of results together to reach the play-offs.

“For us probably more so than Bristol [who are 12 points clear of Exeter], the really important factor is the collection of points because the battle for top four and top two is so tight,” Baxter said.

“We collected five very important points last week against Wasps. We have got to be aiming to collect points wherever we can or however we can whether it is bonus points, try bonus points. You have just got to keep that points total rolling as often as you can.”

Last Saturday, Exeter’s resurgent second-half display against Wasps highlighted their burning desire to end this campaign by lifting another trophy.

Baxter’s charges scored 33 unanswered points at Sandy Park to secure the victory and the Chiefs boss feels this time of the year is when his side usually come into their own having reached the last five Premiership finals.

“I think the Wasps game was very good for us collectively as a team,” Baxter said.

“I just saw us growing as a team and as individuals and fighting for what we wanted in that second-half. The only thing we spoke about before the game was 'are we going to go out and fight for the Premiership?' and we did that in spades. I think it lays down a really good marker of where we want to be for the rest of the season.

“[On Friday against Bristol], the reality for us is just to make sure we have bags of energy, bags of emotion in the game and really look forward to playing.

“I said this to the lads; this is the season we are used to. We’ve won Premiership’s and finished at the top of the table or second in the table for quite a few years now. This is what should suit us. Let’s really look forward to the games getting quicker, faster, more ball in play, more things going on. Let’s really look to thrive on that and hopefully part of that process can happen on Friday night.”

The 'quicker and faster' element of the game is something which Bristol will certainly relish if Baxter’s words do ring true, but Pat Lam’s side will be without some of their key protagonists on Friday night.

Callum Sheedy, Semi Radradra and Harry Randall may all be absent for the visit of the champions, but with the Bears within touching distance of confirming a play-off spot, Exeter’s Jonny Hill hopes his side can halt Bristol and put everything into a complete performance.

“I think the ball will be in play for long periods, and personally for me, it is important for me to focus on the set-piece and stuff in the forward pack,” the England international said.

“It is important for us to be bang on that. We are focusing on this game because we have a week off the other side of it so it is a good opportunity for us to go there and empty the tank. We can use it to take confidence going into the last few rounds that are left.

“I am more excited about what is ahead because I think we have got a really good squad here and we have got a Premiership defence charge so it is really important for us to kind of focus on that and see where we are at the end.”