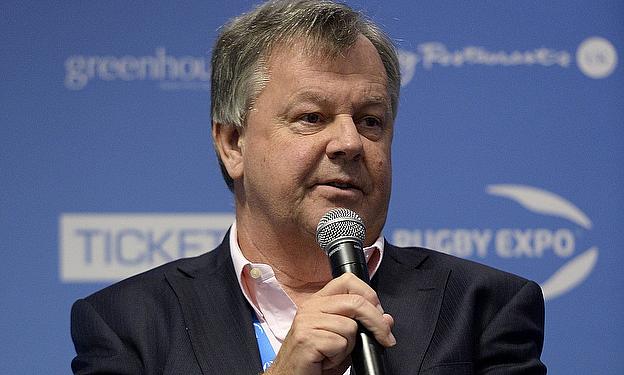 Rugby Football Union chief executive Ian Ritchie insists expanding the Aviva Premiership is not a formality but the issue must be dealt with as a priority.

Premiership Rugby chief executive Mark McCafferty has confirmed that the English club body is "looking at" adding two teams to the top-flight domestic league by imposing a temporary suspension on promotion and relegation.

The situation must be clear ahead of the start of the 2015-16 season in order for teams to know what they are playing for in 2016-17, when the changes could begin to come into effect.

"We've not had or seen a formal proposition about this. I don't think anybody's suggesting it's a fait accompli.

"We have not had a formal sit down conversation with PRL (Premiership Rugby Ltd). I'm happy to sit down and do that.

"We all appreciate the urgency of it. We know it would be more than a little helpful to get this done in the next few months and I think there's a willingness to do that.

"It's important to resolve this. We will, with good will on both sides.

"I don't have any problem with the concept of 'should you examine change' and then 'is the change a good or a positive one?'

"There's a myriad of issues which I think are really significant. You need to go through all of those in some detail.

"We haven't done that and I haven't seen that yet. If that analysis shows certain things, then we'll have a constructive and rational discussion about it."

The decision has to be made by the RFU and Premiership Rugby Ltd in partnership and, Ritchie says, must be subject of careful analysis.

"There's been a lot of discussion about it. We need to have a proper analysis of it and see what the pluses and minuses are," Ritchie added.

"We've got to be in a partnership, because I fervently believe that's the best thing for the game as a whole.

"This is something that ultimately has to go to the RFU council, but has to go to various routes to get to that."