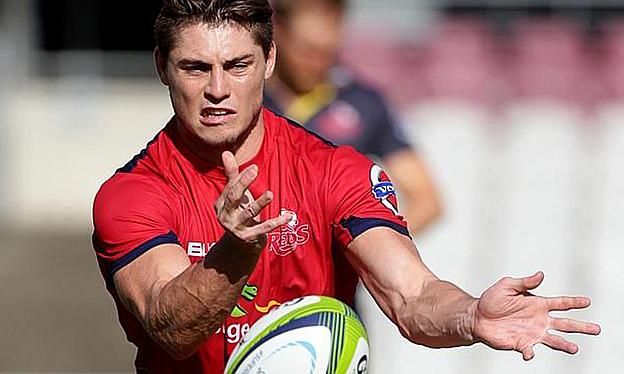 The Queensland Reds put poor Super 15 form behind them this season to stage a stunning second-half display in a 46-29 triumph over the Rebels in Brisbane.

Trailing 17-11 to their Melbourne-based opponents at the interval, the Reds recovered superbly to register five second-half tries.

The Rebels managed four tries of their own to secure a losing bonus point, but they were blown away by the pace and precision of the Reds' running game.

Rebels wing Sefanaia Naivalu left his mark by scoring two blistering tries, while his team-mates Luke Jones and Dom Shipperley also touched down, yet the Reds found another gear when they had to.

Wing Lachlan Turner led the way with a try double, and there were also touchdowns for Liam Gill, Chris Feauai-Sautia, Jake McIntyre and Rob Simmons, with James O'Connor kicking 16 points.

It was only the Reds' third Super Rugby win this term, and the victory will be a welcome boost for the remainder of their campaign.

And it coincided with former Australia coach John Connolly joining up with the Reds' coaching staff, as his charges produced their best performance of the season.

The Rebels, though, saw their play-off hopes suffer a major dent, and they will need to recover quickly as the scramble for places continues.