10 things we learnt from Super Rugby round 10 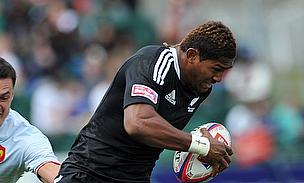 1) Don't be afraid to pick upsets. Super Rugby is a tough competition, with even the bottom teams having enough good players to beat better ranked teams on any given day. As a tipster of some repute, I sometimes find myself being too conservative by mainly picking favourites despite having a gut feeling about some matches as being potential banana skins.

3) There was only one home victory in Super Rugby Round 10, this hasn't happened since Round 1 and means that exactly 50 per cent of games have been won by the home team in Super Rugby 2015. This statistic is a change from 71 percent of home team victories in 2014, but could have something to do with less home referees.

4) What a difference in the excitement of games between the conferences. To be honest, the way the Bulls beat the Sharks through constant kicking was probably boring for most rugby fans outside of Pretoria and the lack of try scoring by the South African teams this weekend must be concerning. This was in stark contrast to the very watchable Hurricanes vs Waratahs game.

5) Is the conference system way of determining overall placings fair? One look at the table makes for interesting reading. The Hurricanes are still on top with 33 points, but the Chiefs and Highlanders have more points than the top Australian team, the Brumbies, but sit below them on the table.

The Chiefs are in fourth spot with more points than the Bulls (28) and Brumbies (26) while the Highlanders are in fifth spot. The New Zealand conference is a gauntlet, with three teams having the three top number of points (Highlanders are tied with the Bulls on 28 points). The other teams in the conference are the Crusaders and the talented but unlucky Blues. Is the conference system really ideal?

On the one hand it does give at least one team in each country the opportunity to host a finals game, but it is unfair on the New Zealand conference at the moment.

6) Has the Hurricanes bubble burst? The Hurricanes gave away some soft tries against the Waratahs and lost in a close game for their first loss of the season. It is hard to say where the Hurricanes will finish eventually given that they have hardly played any local derby New Zealand conference games. This loss though could also be the wake up call that the Hurricanes needed.

7) Can the Crusaders return to their winning ways? It is really saying something when a team full of talented players like Dan Carter, Richie McCaw, Kieran Read, Sam Whitelock, Colin Slade, Ryan Crotty, Israel Dagg, Nemani Nadolo, Owen Franks, Luke Romano, Matt Todd, the list goes on, can be sitting on only 20 competition points.

They have greating attacking ability against the South African teams, but seem to be struggling against their New Zealand opposition who appear to have found their kryponite. Do you think they will still make the Top Six?

8) The Brumbies are really struggling with injuries. Their second defeat in a row to lowly ranked teams leaves them still at the top of the Australian conference, but they won't be there for much longer at this rate. Their backline was one of the most dangerous in the competition in the early season, but injuries to the likes of Kuridrani and Toomua have really exposed their lack of depth.

9) Don't write off the Waratahs! That win by the Waratahs showed that they may still have what it takes to retain their title. They are still second in the Australian conference, but remember that due to the tight nature of Super Rugby 2015, it only takes some consecutive wins to elevate teams up the ladder. Their great display in Wellington included some great performances by Peter Betham, Bernard Foley, Wycliff Palu and Will Skelton.

10) Have the Sharks and Crusaders been found out this season, having too many older players? Both of these teams are regulars in the finals, but this season they look to be slightly off the pace. They are both sitting midtable, but outside the Top Six. Do you think it is the players or the coaches? These teams will also lose players for Super Rugby 2016 to overseas.

Super Rugby Round 10, what did you learn?