Record for Richie as All Blacks win 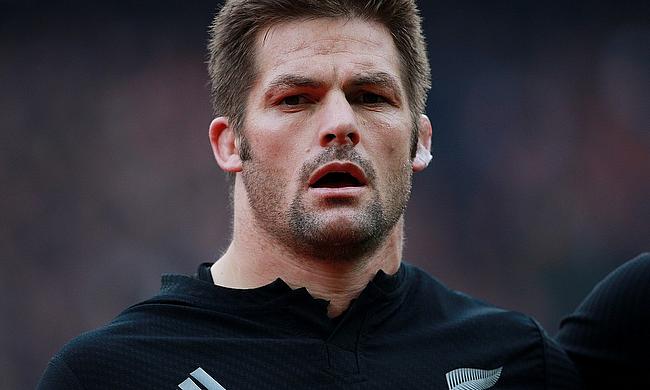 New Zealand roared to a 41-13 win at an emotional Eden Park to retain the Bledisloe Cup against an Australia side who had no answer to the power running of Ma'a Nonu.

The dreadlocked centre, one of several All Blacks stars most likely playing his final Test on home soil, scored two tries and was involved in most of his side's best work in a dominant second half.

It was a historic night for Richie McCaw, who broke former Ireland centre Brian O'Driscoll's record as the most-capped Test player of all time, while Dan Carter had an almost perfect night from the tee to kick 16 points.

Quade Cooper's early penalty put Australia in front but Carter levelled in the 18th minute and New Zealand went ahead when hooker Dane Coles showed enough burst to get away from the chasing defenders for the opening try.

Carter converted and added his second penalty but Cooper's long-range shot made it 13-6 at half-time as Carter came up short with a penalty from 49 metres and sent a drop-goal wide.

The All Blacks stepped up a gear early in the second half and earned a penalty try when Aaron Smith's run to the line was halted by a wild high tackle from Cooper.

The Wallabies fly-half was sin-binned for the offence and against 14 men Nonu came to the fore, blasting through on 51 minutes to score New Zealand's third try.

Another break three minutes later was stopped short of the line by a strong tackle from David Pocock but the ball was recycled and Nonu displayed the more subtle side of his game with a lofted pass to send fellow centre Conrad Smith over.

Carter converted all three scores and though Australia briefly steadied the ship, with their defence holding firm for the next 10 minutes, they were breached again with a quarter of an hour to go.

Again it was that man Nonu, taking Carter's pass and sending the first tackler the wrong way with a side-step before charging for the line.

Carter converted from the left touchline and New Zealand took the opportunity to pay tribute to their veterans, with Keven Mealamu getting a run-out at hooker before McCaw left the field to a rousing ovation.

A knock-on from prop Greg Holmes ended one Australian attack and New Zealand turned the ball over off a line-out maul to snuff out another.

But the visitors finally recorded a consolation try when full-back Israel Folau beat his opposite number Ben Smith to a high ball and sprinted clear down the left wing to touch down.