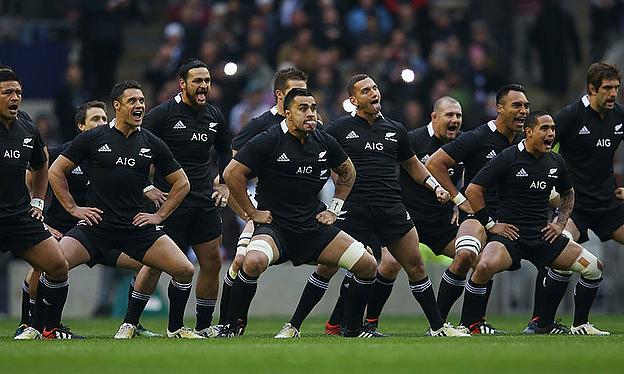 All blacks in Haka mode
©PA

New Zealand have made a great start to The Rugby Championship, seeing off the challenges of Argentina and South Africa, and now only Australia stand between them and lifting the southern hemisphere’s grandest prize.

Regardless of how the All Blacks’ decisive game with Australia in Sydney goes, they look to be in great shape to defend their title at the Rugby World Cup later this year in England.

That said, with a host of experienced stars like Richie McCaw, Dan Carter, Ma’a Nonu, Conrad Smith, Keavin Mealamu and Tony Woodcock set to either move abroad or retire at the tournament’s conclusion, the 2016 All Blacks are going to have a very different look to them.

The greatest strength of New Zealand rugby is the seemingly endless supply of test-ready players they have at their disposal, but which players are set to become the core of the new-look All Blacks next year?

Whilst Dane Coles and Owen Franks should offer continuity for New Zealand at hooker and tighthead, there should be a real contest for the vacant loosehead spot. Woodcock is expected to retire following the RWC and his current deputy, Wyatt Crockett, will have turned 33 by the time New Zealand next reassemble for competitive rugby.

Moody has age on his side and barring the All Blacks identifying any young prodigies at the position, in which case they might opt to continue with Crockett whilst they groom his successor, Moody could be the man to join Coles and Franks in the New Zealand front row.

A year ago, it looked for all money as if Cane would be the successor to McCaw’s seven jersey in the New Zealand back row, but after turning in an incredible Super Rugby season, the currently uncapped Savea has thrown his hat into the ring. There now looks to be a genuine contest between the two for the jersey.

Both players, barring injury, will likely be given opportunities to nail down the spot and it would not be too surprising to see them featuring alongside each other, especially with Liam Messam heading to Japan before returning to New Zealand with the goal of making their Sevens team for the Olympics in Rio. All Blacks coach Steven Hansen could initially opt for the experience of Jerome Kaino on the blindside, but it may not be long before both Cane and Savea are packing down together alongside stalwart Kieran Read.

Current thinking is that one of Beauden Barrett or Aaron Cruden will lock up Dan Carter’s long-term spot at fly-half either after the RWC, or before it, pushing Carter out to inside centre. Whilst both players have stolen a march on Sopoaga in terms of caps and experience at test level, the Highlander is an enticing proposition, possibly at inside centre, moving forward.

It’s not just Carter heading north to France, as Nonu will join him in the Top 14, whilst Sonny Bill Williams, the man expected to take on New Zealand’s inside centre responsibilities, is gunning for a place in the New Zealand Sevens side, leaving a gaping hole in the All Blacks XV. Ryan Crotty is a man capable of filling that role, but if Sopoaga can cut it in the centres, he potentially brings more to the table than the Crusader, especially with the additional loss of Smith at outside centre, who has traditionally been the All Blacks’ second playmaker.

Fekitoa is a name everyone in the rugby world became familiar with following his breakout Super Rugby campaign in 2014. His elusive yet powerful running lines caused havoc in Super Rugby that season and he was able to deliver more of the same this year.

Were it not for Smith, who is such an integral part of the All Blacks’ gameplan, Fekitoa would already be a regular in the team. A potential partnership of Sopoaga and Fekitoa has all the hallmarks of a frighteningly good centre combination, one which would mirror that of Nonu and Smith, albeit with the deft playmaker at inside centre, and the powerful carrier at outside centre.

With Charles Piutau bound for Ulster and Cory Jane set to turn 33 before the 2016 Rugby Championship, Hansen will no doubt be looking for fresh blood in the back three. As stands, Julian Savea and Ben Smith would likely flank Israel Dagg at fullback, but with Smith arguably the best fullback currently in world rugby, Dagg may have to make way for the Highlander, potentially creating a vacancy on the wing.

Naholo would be the obvious choice to fill it, as a natural winger and lethal try-scorer, but Milner-Skudder’s exceptional footwork and ability to contribute in territory battles certainly make him an appealing option. Moala doesn’t enter into this discussion as frequently as Naholo or Milner-Skudder, but the Auckland-born centre-cum-wing was one of the few Blues players to come out of the 2015 Super Rugby season with any sort of credit. All three players would walk into a host of other international teams and there’s no doubt Hansen will be shot some envious glances next year when he may be forced to pick between the three.