All Blacks ease past Pumas 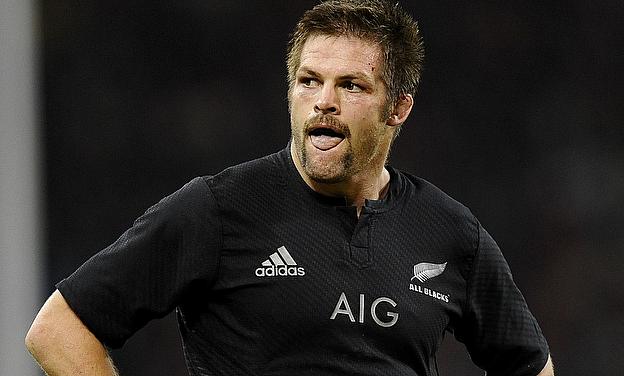 New Zealand scored five tries as they got their Rugby Championship title defence up and running with a 39-18 victory over Argentina in Christchurch.

It took the All Blacks a while to build up a head of steam but, after only leading 6-3 midway through the first half, they ran in four tries in the space of 28 minutes to take complete control.

Captain Richie McCaw, on what is set to be his last appearance on his home ground, scored the opener before Ma'a Nonu, Charles Piutau and Kieran Read went over in quick succession either side of half-time.

Argentina briefly rallied with a brace of identical tries from skipper Agustin Creevy to reduce the gap to 32-18, but New Zealand were never seriously threatened and they added a fifth score late on through debutant Codie Taylor.

New Zealand, seeking a fourth successive Rugby Championship crown, limped to a 25-16 win over Samoa last weekend and McCaw was demanding better from his troops for the visit of the Pumas.

The world champions were not allowed to make a flying start by their South American opponents, though, and after 20 minutes they only led by three points, with Dan Carter slotting over a brace of penalties either side of a Nicolas Sanchez kick.

However, by that stage the All Blacks were starting to apply some serious pressure and they were rewarded when McCaw was pushed over in the 20th minute by team-mate Read after Jerome Kaino had collected a line-out.

That was McCaw's 27th Test try and, with the possibility of the 34-year-old Crusaders flanker hanging up his boots after this year's World Cup, it could well have been his last in front of his own fans at AMI Stadium.

It might also have been Carter's last game in Christchurch and the France-bound fly-half marked the occasion with a 14 -point haul, although he was unable to convert McCaw's try.

Carter also missed a penalty attempt from out wide after Sanchez's long-range effort had reduced the deficit to 11-6, but the leading point-scorer in Test history made no mistake on the stroke of half-time to convert Nonu's barnstorming try.

Four Argentinian players had the chance to stop Nonu before he reached the try-line but the powerful centre crashed through them all to help New Zealand into an 18-6 lead at the interval.

That was the perfect end to the half for the All Blacks, and they carried that momentum into the second period with winger Piutau and number eight Read both crossing for converted tries as the lead ballooned to 32-6.

With Waisake Naholo coming close to adding another score in between those it looked as though New Zealand were on course for a massive win, but Argentina battled back.

The Pumas, who claimed their maiden Rugby Championship win in their final game of last season's competition, got their first try in the 55th minute when Creevy crashed over after a lineout, and the hooker repeated the feat soon after with a copycat score.

Although Sanchez was only able to convert one of those efforts, Argentina moved to within two scores at 32-18, but New Zealand eased back up through the gears to add a fifth try in the 71st minute through Taylor, with Carter adding the extras.