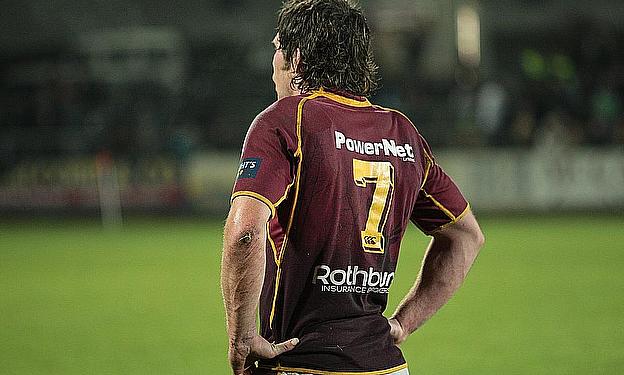 The RaboDirect Rebels have continued their winning ways of 2014, with an 18-15 point victory over the Queensland Reds in front of 8788 Rugby fans at Ballymore.

With four foundation Rebels taking the field in the starting line up, Scott Higginbotham and the Rebels had their sights set firmly on winning its final pre-season match before their opening bye, with the next outing not scheduled until Friday February 28, at AAMI Park.

The match began with plenty of intent, with both teams looking to consolidate with early field position. Missed penalty attempts by Quade Cooper and Bryce Hegarty were soon rectified by a pair of Cooper penalties, which gave the Reds a 6 point lead early in the match.

The Rebels returned in the second quarter with no substitutions and carried most of the momentum, as they looked to bridge the 13-point deficit.

In a solid performance at fullback, Angus Roberts eased the pressure for the Rebels shortly after the break. Following a series of great play by the forwards, the deep attacking space allowed Hegarty to grubber through the Reds defensive line, presenting Roberts the opportunity to dive on the ball over the paint and give the Rebels their first try of the match.

A Quade Cooper high tackle on Rebels Captain Scott Higgibotham allowed Hegarty to step up once again and deliver another three points to the Rebels, to close the gap and trial by only 13-10.

The Rebels gained confidence following a dominant set piece, with the visitors continuing to dominate at scrum time, however it was the outside backs who delivered the next blow to the 2011 Super Rugby Champions. Tamati Ellison’s quick hands and acceleration fed Tom English down the short side, who fell inches short of the try-line, before a quick recycled ball to Luke Burgess gave Scott Fuglistaller the Rebels second five pointer.

Hegarty missed the conversion but the Rebels led 15-13 at the half time break and for the first time in the match.

Hegarty looked to extend the lead for the Rebels with a penalty attempt on the back of some great defensive work from Sean McMahon. The kick was successful, giving the Rebels a further three points and an 18-0 run against the home team.

RaboDirect Rebels Head Coach Tony McGahan sort changes, benching Toby Smith and Laurie Weeks in the front row, along with Sean McMahon and Scott Fuglistaller in the backrow. Angus Roberts also left the field, however returned in the final stage of the match with the unlimited interchange laws.

The match progressed into the final quarter with the Rebels making further changes, as Jason Woodward and Tom Kingston entered the match, as well as the return of Caderyn Neville’s who played his first match of the season following a hamstring injury.

Rebels backrower Lopeti Timani made an immediate impact, while Colby Fainga’a also made an impression against his brothers Sia and Anthony in defence. Steve Fualau subbed for Pat Leafa at hooker, who had his best match for the Rebels this season.

The Rebels and Reds traded long range scoring opportunities before a dramatic ending, which saw Reds’ playmaker Quade Cooper fall awkwardly into a Timani collision. Cooper was slow to respond from the tackle and was stretchered from the field as a precaution. He will undergo precautionary scans.

With the Reds having one final opportunity with 30 seconds remaining on their own try-line the Rebels again dominated the scrum, and were award the penalty in font of the posts, in whcih Jason Woodward kicked the ball into touch after the siren.