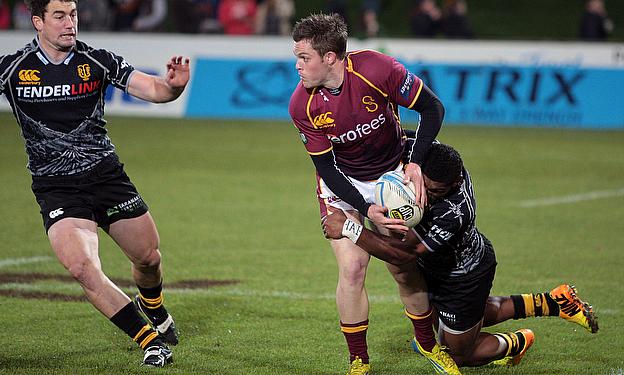 Super Rugby - What the Highlanders and Hurricanes have to Work with
New Zealand Super Rugby 2014 Squads Named - Who Missed the Cut?
The 2014 Super Rugby Transfer Market
Melbourne Rebels Team Up with Mission Australia
Super 15 Rugby To Become Super 18 Rugby In 2016?

The RaboDirect Rebels have started of their 2014 season with a 33-28 win in their first trial over the NSW Waratahs, in 42 degree conditions at Albury Sports Ground.

Due to the extreme heat, the match was played across four quarters. The Waratahs were off to a strong start, however an unwavering and determined effort from the Rebels in the second half of the game allowed them to seal the victory, and set a precedent for the rest of the 2014 season.

The “battle at the border” got off to a frantic start with both sides feeling the pinch in the opening stages. The Rebels struggled to settle into the game early, with the Waratahs taking advantage of the high pressure style of play, scoring their first try on the two minute mark through scrum-half and vice-captain Brendan McKibbin.

Neither team held back in the almost unbearable conditions, and as the Rebels settled into the game, both teams began to rely on tactical kicks, with regular changes in possession a feature of the opening quarter.
As the quarter drew to a close, the Rebels began to push hard towards the Waratah’s line, however they were unable to take advantage of their attacking position, going into the first break trailing 0-7.

The Rebels made a fast start in the second quarter, with Mitch Inman showing off his class footwork and speed to cross the line for the Rebels’ first try of the afternoon.

It didn’t take long for the Waratahs to find an answer to Inman’s opening score, with a cleanly played attacking scrum leading to a text book try to Matt Carraro. A Brendan McKibbin conversion put the Tahs’ lead back to 7 points half way through the second quarter.

Returning from injury in 2013, Scott Higginbotham reminded spectators why he’s been missed so much, taking a quick kick from a scrum base in the Rebels defensive zone, leading to a sprightly run from Ben Meehan allowing the youngster to score a try on debut.

A successful kick from Angus Roberts squeezed the Tahs’ lead to 2 points, and the Rebels appeared to be causing a momentum shift in the second quarter.

The Waratahs, however, rallied late in the second half and were able to hold back the Rebels who were pushing hard towards the try line, leading to a late try to former Wallaby and Brumbies Captain Stephen Hoiles. McKibbin continued his strong first half form in front of goal, and extended the Tahs’ lead to 9 at the main break.

The Rebels came out refreshed and firing in the second half with a sharp third quarter display, causing the Waratahs’ defence to collapse under the pressure, resulting in a three try quarter for the Rebels.

The Rebels  polished up their attack, stealing the ball from a Tahs’ lineout and continually winning penalties in the Waratahs’ territory.  The pressure for the Tahs’ only escalated when prop Tim Metcher was sin binned, opening up the Rebels attack, and allowing them to maintain dominance, hammering at the Tahs’ line.

The first try of the quarter went to young fly-half Bryce Hegarty, with an accurate kick from Jason Woodward closing the gap back to 2 points with a one man advantage.

The visitors were then unable to take advantage of their possession, with smart defensive play from the Rebels denying the Waratahs’ any scoring opportunities.

Impressive pressure from Mitch Inman allowed Pat Leafa to break the Waratahs defense, releasing full-back Woodward for his first try of the afternoon, and after successfully converting his own try, the Rebels propelled to a 26-21 lead.

The Rebels determination in the third quarter was well and truly on display late. With the Tahs’ in possession on the siren, the home side weren’t just set on preventing a NSW try, but they were committed to scoring their third try of the period. The Rebels stole back possession and then pushed hard in over time, allowing speedsters Bryce Hegarty and Tom English to team up, with English scoring the Rebels fifth try. Another successful conversion from Woodward saw the Rebels take a 33-21 lead into the final break.

While the fourth quarter was a more even contest, the Waratahs continued to struggle under the unassailable pressure of the Rebels, and even though they were able to break through for a late try and conversion, the home side denied the Tahs’ of any real opportunity to put the game back on their terms and regain the lead.

In a final display of the Rebels’ tenacity in the trial, the forwards refused to put the ball into touch after the final siren and continued to push towards the try line, however were unable to score, resulting in a 33-28 victory to the home-side.

This is the first trial win for the RaboDirect Rebels, with their second trial taking place in Geelong at Simonds Stadium next Saturday, February 8.