Racing Metro jump in for Carter 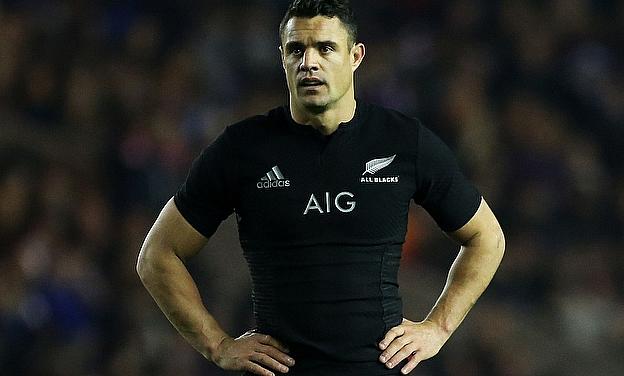 New Zealand star Dan Carter has announced he will join wealthy French club Racing Metro at the end of 2015 on a three-year contract.

The deal, which could be worth as much as £1million per year, Press Association Sport understands, will bring the curtain down on Carter's stellar Test career.

However, world rugby's leading points scorer and one of the All Blacks' all-time leading players will feature at next autumn's World Cup before linking up with the Top 14 club.

The 32-year-old fly-half's announcement confirms a second stint in France, having previously played for Perpignan.

He said at a media conference in Auckland on Thursday: "It's going to be an awesome adventure for me and my family.

"Having visited France many times I know what the French culture and their rugby culture is like and it's something I really love.

"Having said that, it's the immediate future that is exciting me at the moment. 2015 is going to be a big year and I'm looking forward to getting into it.

"My body is feeling really good, I'm training really hard and getting some good conditioning in so I can hit the ground running next year. I'm looking forward to getting out and playing some good footy."

Carter made his All Blacks debut in 2003 and has gone on to win 102 caps, one of only five centurions for the national side.

He has broken several records along the way, including amassing an incredible 1,457 points.

"Dan has been incredibly loyal to New Zealand Rugby over the years and for that we thank him.

"Whilst everyone is aware of his outstanding achievements on the rugby field, it's also important to note that during his career he recommitted to New Zealand at two critical junctures in our rugby history - after the 2007 Rugby World Cup and again following the 2011 tournament.

"That decision by Dan and other senior players to re-sign with New Zealand Rugby after 2007 should not be underestimated; he was a key part of a group of players who formed the backbone of the All Blacks over the following years, which ultimately helped the All Blacks to victory at Rugby World Cup 2011.

"For that we will be eternally grateful to him. We look forward to having him in New Zealand for one final season."

Steve Hansen, who extended his deal as New Zealand head coach earlier this week, also paid tribute to the two-time world rugby player of the year.

"On behalf of the All Blacks, I want to congratulate Dan on his decision and also on his career to date," he said.

"He is still in the midst of a wonderful career, both as a provincial and Super Rugby player and an All Black, and will leave us as the greatest first five-eighth ever.

"Whilst he hasn't finished yet in New Zealand, he has already set the benchmark for first five play, and we look forward to seeing him out on the paddock in 2015."

Harlequins' Champions Cup game against Racing 92 to be without fans