Read is still looking for improvements 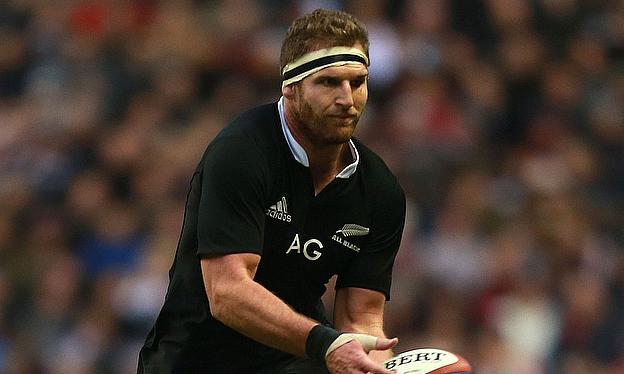 Retallick named player of the year
100th Test as captain for McCaw
Mealamu stresses importance of breakdown area
All Blacks change 13 for Scotland - arrogant or practical?

New Zealand back-row colossus Kieran Read has targeted an improvement from the All Blacks at next year's World Cup.

The reigning world champions continue to set standards that no other team can currently match, and they will undoubtedly return to Europe in 10 months' time as red-hot tournament favourites.

Victories during the last three weekends against England, Scotland and latterly Wales might not have seen the All Blacks produce sustained vintage rugby, but it was still too much for their rivals.

No team has successfully defended the Webb Ellis Trophy during Rugby World Cup's 27-year existence, yet few would bet against Read and company achieving that feat next autumn.

"I think we will need to be better (at the World Cup)," said the number eight, whose late try against Wales came as part of a blistering finish when New Zealand scored 19 unanswered points in seven minutes after Wales led 16-15.

"We will take a few lessons out of the teams we've played up here the last few weeks. We will have to adapt to who we play.

"It's tight at the top. Anyone in the top six or seven nations are good enough. We have just to keep playing well and keep improving."

The breathless Millennium Stadium finale again underlined that New Zealand never know when they are beaten. There was no panic as the clock ticked down, no rash decisions, just clear, composed thinking under pressure,

"I think it is engrained in us from an early age," Read added.

"The All Blacks is the team you want to play for, and when you come in you want to add to the legacy that has gone before you.

"The expectation is always there as an All Black side. When you run out you have got to win that game, no matter who you are playing against. That is the expectation we have as players and as a team every week.

"You make sure you prepare as best you can, and in the end it is about going out there and playing well. There are really no excuses from our point of view."

Read saluted Wales for the part they played in a ferocious encounter, but Warren Gatland's team once again came up short. They have still not beaten New Zealand, Australia or South Africa since 2008.

"It was tough and physical," he said.

"They put pressure on us in a few different areas that we probably didn't respond to early enough. They played really well. It took a bit longer than what we wanted to adapt to what they brought to us.

"We back ourselves as a squad. There were a few swings and roundabouts in the game, and it is a about taking your opportunities when they arise.

"We are confident in our ability to play 80-plus minutes, and there is always a great bench to add some good impact as well.

"We are happy. We came here to get three wins, but it is a different kettle of fish when you come to a World Cup - it's knockout games, and anything can happen."

And there were two further reasons to celebrate for New Zealand, as they marked Richie McCaw's 100th Test match as captain with victory and lock Brodie Retallick succeeded Read as International Rugby Board world player of the year.

"The boys certainly wanted to give him (McCaw) the right send-off in that game, and we were pretty fired up for him," Reed added.

"And I am really stoked for Brodie. He has been a rock all year for us, and it's awesome for him to get that accolade."