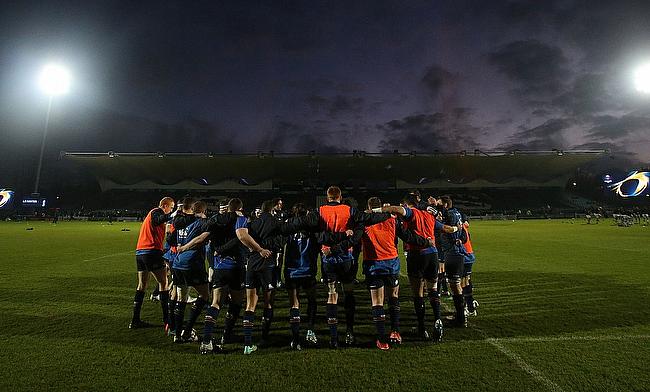 Leinster hold the top place in Conference A
©PA

Pro14 organisers are aiming to resume the tournament from 22nd August after a five-month hiatus.

The tournament has been on a suspension since March following the pandemic coronavirus but now clubs are nearing to resume training under government directives.

According to the statement released by Pro14, teams will play same nation side in the next two rounds following which the top two in both the Conferences will lock horns in the semi-finals. The final two rounds of the league will take place on 22nd and 29th August with the semi-final scheduled on 5th September.

The final will be played on 12th September with the matches set to be played behind closed doors unless there has been a change in the government directives.

"The 2019-20 season will have an abbreviated finish that features the most attractive match-ups and rivalries from the Guinness Pro14 with two rounds of derby games in each territory counting towards final positions." read a Pro14 statement.

"This will cut the regular season from 21 game rounds to 15.

"Games postponed prior to the indefinite suspension will be deemed 0-0 draws as previously stated by Pro14 Rugby on February 28, 2020."

The timings, venues and cross-border travels for the games will be announced after discussing with stakeholders and local governments.

Defending champions Leinster and Edinburgh lead Conference A and B respectively with 61 and 47 points.

European qualifications will be decided on the positions after round 13 with the unplayed games considered as draws. Meanwhile, 1st October is considered as the provisional date for the start of the 2020/21 season.

"Safety has been, and will continue to be, the highest priority as we look to activate our plans to restart the 2019-20 season," said tournament director David Jordan.

"We are very fortunate to be in a position where everyone involved is confident that we can conclude the season on the field of play.

"The work and diligence of our leading medical personnel at our unions, our clubs, World Rugby and key stakeholders to get us to this point has been immense."