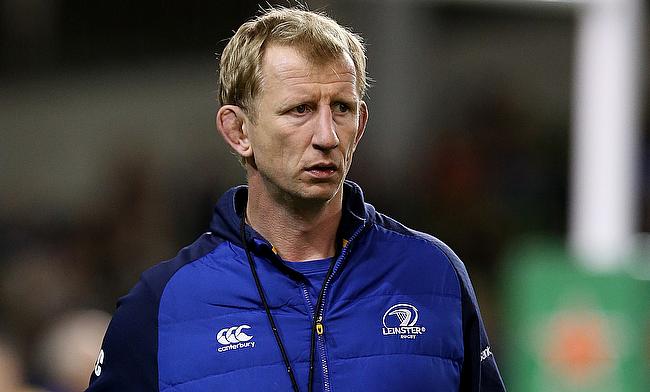 Leinster have announced the appointment of former Ireland international Denis Leamy as the Contact Skills Coach.

Leamy had a playing career spanned across with Leinster between 2002 and 2012 making 144 appearances for them. He has featured in 57 Tests for Ireland and played in two World Cups, was twice a Triple Crown winner and was a member of the 2009 Grand Slam winning side.

He joined Leinster Rugby as an elite player development officer in October 2019, and joined the Ireland national under-20 rugby union team as their forwards coach in January 2021.

“I am thrilled to be Leinster Rugby’s new contact skills coach," he told the club's official website.

“It is my hope to build on the great work that Hugh Hogan has done over the last four years or so.

“I would like to thank Leinster Rugby for this opportunity. It is an honour for me to be to be working with one of Europe’s premier clubs and I am very much looking forward to the challenge ahead in the coming seasons.”

Leamy will head to the backroom staff of Leinster which also has Stuart Lancaster, Robin McBryde, Felipe Contepomi and Emmet Farrell along with head coach Leo Cullen.

Cullen welcomed the appointment of Leamy and is confident that his experience will benefit to the club.

“Denis has been with us and in and around Leinster Rugby for a few years now so he is well established and is a familiar face. In particular working with some of our younger players in their development. He has been a huge asset to the club.

“The contact skills role is something we see as hugely important to the overall success of the senior team on a number of fronts."

Leinster currently are at third place in the United Rugby Championship table with two wins from as many games and will face Zebre next on 9th October at RDS Arena.