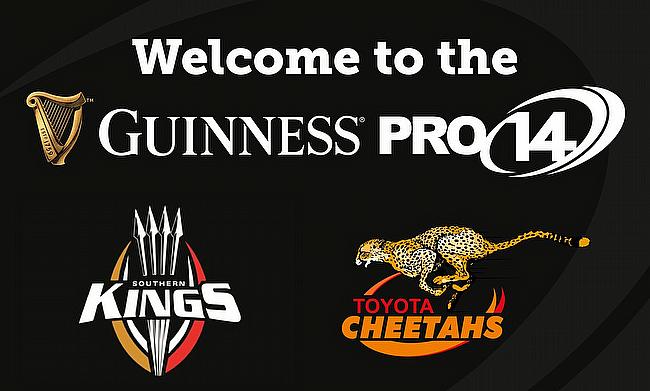 The fixtures for the upcoming season of Guinness PRO14 has been unveiled on Tuesday.

The new format will see the 14 teams following the inclusion of Southern Kings and Toyota Cheetahs that will be divided equally into two Conferences A and B with each group containing two teams each from Wales, Rugby and one from Scotland, Italy and now South Africa.

The season will kick-off on 1st September which will feature four games with Ospreys - Zebre, Munster - Benetton, Cardiff - Edinburgh and Ulster - Cheetahs taking on each other while the second day will have defending champions Scarlets hosting Kings at Parc y Scarlets.

Rounds 6, 7, 11 and 12 will feature derby games for both Welsh and Irish sides while Rounds 11-13 will see Scotland and Ireland teams playing their derby games.

CEO PRO14 Rugby Martin Anayi is hoping the new format will add to the excitement of fans.

"Our expansion into South Africa has the future of the Championship at its heart – more sustainable clubs, attracting the best players, taking on different styles of rugby and entertaining the fans from whistle to whistle – and the release of these fixtures aims to immediately deliver on that.

"With all the exciting news that has surrounded the unveiling of the Guinness PRO14 we know the fans have been eager to see the fixture list, but hopefully the wait has been worthwhile as we believe these fixtures will further enhance the excitement across each of the Championship’s five territories.”

The final round of the tournament is set to concluded at the end of April while the knock-out stage will begin from 4th May with the semi-final on 18th and the final on 26th.