Courtney Lawes Interview: Italy are not going to just roll over 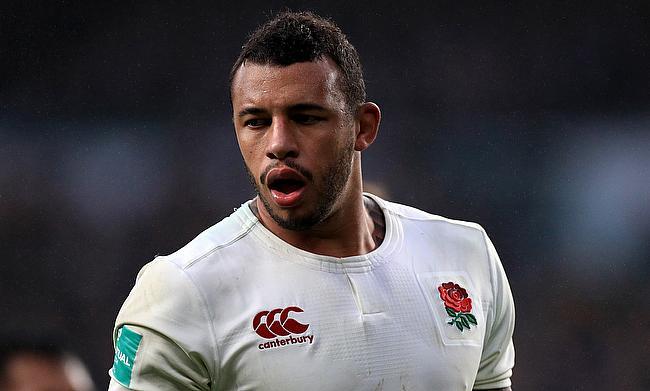 Scotland v Wales: Players keen to make Warren Gatland sit up and take note
England wing Anthony Watson on the taking a knee 'double standard'
‘We maybe got too far ahead of ourselves’ - Eddie Jones talks England ahead of Italy's visit
George Ford returns at fly-half for England against Italy

Back in the England starting line-up for the first time since last March, Courtney Lawes adds 86 caps worth of experience to Eddie Jones’ side for their second Six Nations fixture of 2021.

Winning his most recent cap from the bench in England’s Calcutta Cup loss to Scotland, Lawes is one of five changes made by Jones in response to the disappointment of last weekend.

Due to an ankle injury, the Northampton Saint wasn't involved with the national side over the autumn as his teammates secured the 2020 Six Nations Championship and the Autumn Nations Cup, but now his weight in the back-row will go some way to helping England get back on track.

His attributes at the lineout will be key for Jones' side,  but Lawes' unwavering physicality is possibly why he has been given the nod to start at Twickenham on Saturday. In fact, if you search his name on YouTube, each of the top four results are all in relation to tackles that he has landed at both club and country level over the years.

England missed a staggering 27 tackles against Scotland, the physicality across the side extremely lacking in the face of an intense Scottish storm. With the addition of props Kyle Sinckler and Mako Vunipola to the starting XV, it is clear that Jones wants England to dominate from start to finish against the Italians.

“With some of the people in the pack, we’ve got enough aggression and people who are chomping at the bit,” Lawes said. “We certainly want control, because we can’t have a penalty count like we did last week, but we do want an edge to us for sure. That is what our pack are built on, so we want to have a bit of bite, but we need to control that.”

Your complete guide to tomorrow's match at Twickenham ??#ENGvITA #GuinnessSixNations

Playing an Italy side that has not won a Six Nations match in the past 28 times of asking, many expect England to breeze past Franco Smith's men.

That said, the Azzurri have proven to be a challenging foe to vanquish on several occasions in recent memory. In the last two meetings - in a warm-up match for the 2019 World Cup and in last year's Six Nations - England haven't had it all their own way.

And in 2017 at Twickenham, Italy employed a no-ruck tactic that dumbfounded England for the first half of that game.

By not initiating the ruck, Italian defenders moved into what would normally be considered an offside position. The tactic threw England into disarray and sparked a somewhat awkward encounter between James Haskell, Dylan Hartley and referee Romain Poite when the players tried to ascertain the exact law.

“Italy are no slouches,” Lawes said. “They are a very good team and they can turn us over if we are not careful. We have to make sure that we get the start of the game right and hopefully that will lead us into the rest. They are not just going to roll over, so we are going to have to go out there and put our game together.

“In the past few games, they have always come with some kind of strategy to disrupt us. Whether it was the whole leaving the ruck thing. They will always come with something a bit different that you are probably not expecting, so we just need to be adaptable and prepared for anything.”

Italy were bright in parts during their 50-10 defeat to France last weekend, with Gloucester scrum-half Stephen Varney a star performer at the Stadio Olimpico. Benetton’s Monty Ioane and 20-year-old fly-half Paolo Garbisi also proved they were capable of providing the spark for an Azzurri inferno.

After announcing his @EnglandRugby squad to take on Italy tomorrow afternoon in @SixNationsRugby, Eddie Jones talked all things England.

But as much as Italy have been the whipping boys of the Six Nations for much of their time in the competition, Lawes says England will by no means be underestimating their opponents.

Instead, he believes they must use the fear created by their loss to Scotland in order to keep them on edge for this weekend’s visit.

“We have to have a bit of fear going into any of these games and we can’t take them for granted,” Lawes said. “Obviously, we have got a great opportunity just to be able to play rugby and enjoy it, so we can’t take this for granted and they always come with a game plan to beat us.

“We have to be on our toes, and we have to have a bit of fear about us for this weekend and I don’t think it is going to be hard to generate coming off the loss to Scotland, so at least we have got that to be thankful for.

“Like pretty much all teams now, they are developing very well, and you just don’t get any easy matches in rugby anymore. It is part of the beauty of the game at the minute and it is incredibly tough as a player, but it is what you have got to get used to and we will embrace it, get a bit of fear about us because we need that.

“We need to be a bit nervous going into the game and then hopefully we can reach somewhere near our potential.”