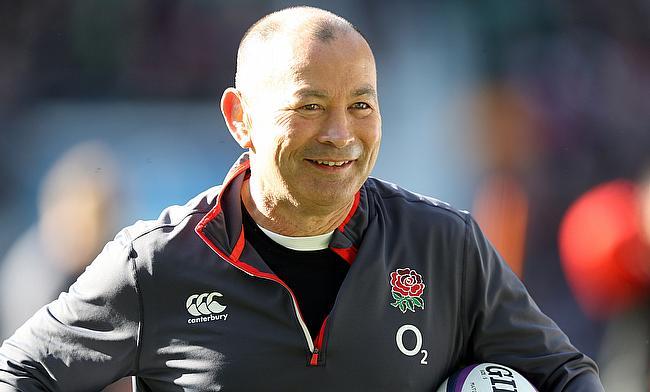 After a week of stern questioning in the wake of England’s 11-6 Calcutta Cup loss in the opening round of the Six Nations, Eddie Jones has unveiled a starting XV with 810 caps to take on Italy.

Last Saturday's side contained 618 caps, but with the return of Mako Vunipola from injury and Kyle Sinckler from suspension, England are far more likely to be in the ascendency against an Italian team that hasn’t won in their past 28 Six Nations matches.

Exchanging places with Ellis Genge and Will Stuart, who both drop to the bench, Vunipola and Sinckler are just two of five changes Jones and his staff have made. With 55-capped hooker Jamie George dropping to the bench as well, it will be an entirely new front-row at Twickenham with Exeter Chiefs' Luke Cowan-Dickie given a rare start.

There is only one other change in the pack, with Newcastle Falcons captain Mark Wilson left out of the matchday squad entirely. He is replaced by Northampton Saints' Courtney Lawes, who came off the bench in the loss last weekend and he will add to his collection of 86 caps.

It is the fifth and final change that has caused the most conversation amongst England fans, though. Like Wilson, 21-year-old Worcester Warriors centre Ollie Lawrence has been left out of the 23-man party for the fixture, allowing George Ford to come in at fly-half and Owen Farrell to move into the inside centre position.

Winning just his fourth cap last weekend, it took until the 63rd minute against Scotland for the former Bromsgrove School star to get his hands on the ball.

Impressing hugely when the Gallagher Premiership restarted back in August, Lawrence gained his first England cap against Italy in the conclusion of last year’s Six Nations, before injury hampered consistent selection for his country over the Autumn Nations Cup.

With his obvious talent and the potential to be a regular under Jones, the national coach does maintain that the centre remains in his plans.

“With Ollie, it was a difficult game for him,” Jones said. “He had very few opportunities in attack and not very much to do in defence, but there are areas of his game that we want him to work on because we want him to be a 50-cap player.

“Every young player is in a hurry. With the internet and the way life is run now, everyone is in a hurry, but being a great player, there is some times where you don’t get exactly what you want at that particular time and he understands there are areas of his game he needs to improve and his diligence to go away and work on that will be the test of his resilience.”

Throughout the loss, England were unable to get onto the front foot. Scotland were quick to slow things down at the breakdown and they piled consistent pressure onto their hosts at any given opportunity.

Meanwhile, the recent law adaptations which Super Rugby AU and Aotearoa have made for the 2021 season also caught Jones' attention this week.

The variations are designed to quicken up the game and referees have been told to increase ruck speed, with players now instructed to play the ball within five seconds of it being presented.

Having seen the most recent changes being implemented in his homeland, Jones believes these are the kind of adaptations that could form the game’s future with more and more people looking for a white-knuckle ride across an 80-minute fixture.

“We all want quick ruck ball and consecutive quick ruck ball, people moving onto the ball with pace, with good support play, depending on how the game eventuates,” Jones said. “We have been looking ahead to see where the game is going and, again, maybe that is part of the reason we didn’t have the right focus for the Scotland game.

“I know that seems bizarre when you look at how we played against Scotland, but sometimes we maybe got too far ahead of ourselves and we’re looking to see where the game is going to go and looking to see how we are going to play and part of this is the speed of the ball.

In 2019, we saw the advent of RugbyX at the O2 Arena in London - a quick format of the game that was supposed to mark a new dawn for rugby union.

For the latter part of the 20th century, it was debated how cricket could remain part of popular culture, with many finding the first-class and List A iterations of the sport too long for the masses to buy into. As a result, T20 cricket was born.

Ollie Lawrence has made double the amount of tackles for #England (20) than he has touched the ball (10) in his four Tests so far.

Whilst T20 cricket is an extremely popular format of the game, first-class cricket more than has its place. England’s first Test in India gathered the attention of 1.7m on the third day of the proceedings.

England’s Six Nations opener against Scotland surpassed that number hugely, peaking at 8.4m, both reigniting the arguments over whether the championships should remain on terrestrial television and how the game is still engaging audiences.

But, as far as this weekend is concerned, England’s figurehead is firm in his belief that what he and his staff are implementing is the correct way forward. Whilst the loss to Scotland was an understandable step backwards, it is felt that hard work will eventually bring results.

“We have just got to keep working to see how we can improve,” Jones said. “It is a daily battle. All of a sudden, and I have coached teams like this before, things click and it happens.