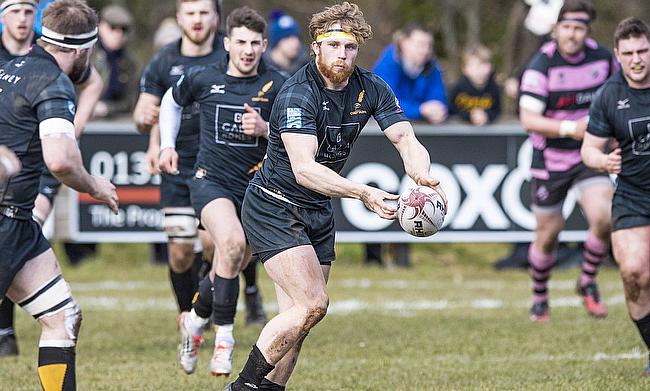 Stuart Hogg to lead Scotland in Six Nations 2020
Boyle-ing point: Connor on top form ahead of a big couple of months
Greig Laidlaw retires, but there should be no emergency at scrum-half for Scotland
Stuart McInally: “I needed a bit of time to breathe and not think about rugby”

Every Scottish rugby supporter up and down the country was interested to see what changes head coach Gregor Townsend would make to his squad on Wednesday ahead of the Six Nations and after a poor World Cup campaign.

With the likes of Greig Laidlaw, John Barclay and Tommy Seymour having retired and others who were in Japan like Blade Thomson injured, there was always going to be a few new faces in the extended training squad that will meet up early next week to start preparing for the opener against Ireland in Dublin on February 1.

Townsend always likes to throw in a few surprise names and certainly Glasgow Warriors openside Tom Gordon was one of those.

Now 22, he only moved to Scotland - where his grandparents are from - from Rotorua in New Zealand when he was a teenager to play for the Currie Chieftains in the Tennent’s Premiership.

He soon made his mark at club level and was brought into the Scottish Rugby Academy system as well as earning Scotland under-18, 19, 20 and Club XV caps in 2017 and 2018 respectively.

We took a look at their road to national team selection and got the thoughts of the Head Coach on their individual merits…#AsOne ??????????????https://t.co/njvT3RlDgg

An ‘all action’ type number seven who is great over the ball, he joined Glasgow Warriors in the summer of 2018 and has impressed head coach Dave Rennie since then with his work over the ball, earning game time behind club captain Callum Gibbins.

On his selection in Scotland’s 38-man training squad, Townsend told TRU:  “We think we've got a potentially exceptional player there in Tom Gordon.

“He is up against a lot of quality players at Glasgow, but I watch him and he has a dominant tackle with really good timing, similar to [England’s] Sam Underhill in that way. He carries the ball in two hands, has good evasion and against Treviso [earlier this month in the Guinness PRO14] I thought he was outstanding.

“His man of the match game against Edinburgh at the end of last season, in one of his first starts for Glasgow, showed there is a special player there. I'm looking forward to working with him.”

Couple of other Chieftains given their chance

There will have been a lot of messages sent around the various Currie Chieftains WhatsApp groups on Wednesday evening because as well as Gordon, the club from the outskirts of Edinburgh can also lay claim to having played a big part in the development of two of the other new faces in the squad.

Having started life at Livingston, back-row Luke Crosbie made his way in the senior game with Currie and the former under-20 cap has really impressed in an Edinburgh Rugby shirt over the last couple of years.

A six or seven, the abrasive player from Mid Calder is the kind of ‘no nonsense’ performer that Scotland need more of in this era of the game.

“Luke has changed physically over the last couple of years, he is six foot four or five and 110 kilos and he’s the quickest forward in Scottish rugby, very explosive over the first 10 metres,” Townsend said about the 22-year-old.

"He’s tough, his tackle percentage is over 90 percent - think it’s 94 percent this season, so his defence is good. He is very similar to Jamie Ritchie in that he can play at six or seven. It’s unusual to get a seven at his height, but he can do that role because he’s so quick and can tackle.

"We like that fact that, when he gets the ball, he’s so athletic that he can really go at the opposition.”

Winger Ratu Tagive, the Australian-born winger, was perhaps one of the most surprising names in the group, but having originally come to Scotland a few years ago on a partnership contract between the Warriors and the Chieftains, he has played well for the pro side in recent months.

On the 29-year-old who qualifies on residency, Townsend said:  “I know him well as I signed him at Glasgow. This is his fourth season in Scotland, he had some adversity in his upbringing, a tough life back in Australia, but he was always looking for an opportunity.

“He missed last year with an Achilles injury but came back strong from that. Getting into the Glasgow team [regularly] has been a huge step forward when you think of the wingers they have there.”

Ex-Stewartry and Dumfries Saints man Craig earned 12 under-20 caps a couple of years back and on the 22-year-old Townsend explained:  “Against Connacht away for Gloucester, he made 28 tackles out of 28 - and he went off for 10 minutes for an HIA.

“So that was up at 30-plus tackles in the game, that’s Jonny Gray levels of tackling. Every time he’s played, he’s looked more confident, he’s got a real explosive, dynamic quality in his ball carrying.”

Have a read of interviews with Gloucester and Leicester from @G_HMedia and @joeharvey34...

Haining, the 29-year-old No.8 brought up in Australia and more recently playing for Jersey and Bristol Bears, qualifies through a Scottish grandmother.

“He has good footwork, he started the season well for Edinburgh and the Cardiff away game he really stood out. Whenever he has played for Edinburgh he has done a good job. He's a skilful player, a powerful ball carrier and a good defender.”

Steyn, 25, was in an around the squad last year and nearly made the World Cup side having started the 2018/19 season in the Scotland Sevens set-up.

“He works hard on his game so things like high-ball catching, contact work, you see the improvements month to month. He's a really professional player. He has built on his breakthrough season,” Townsend stated.