Players struggling with injuries ahead of Six Nations 2017 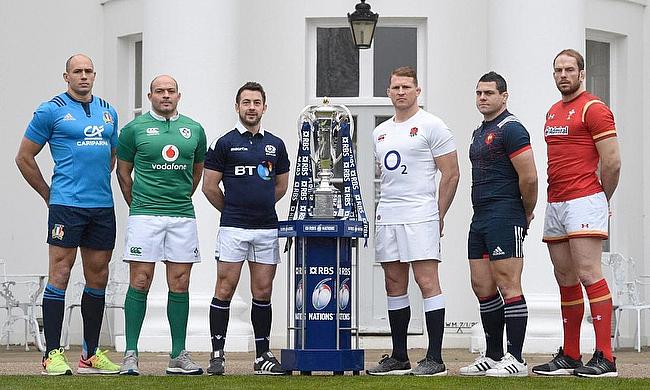 The 6 Nations captains line up alongside the RBS trophy
©RBS

As the Six Nations 2017 is set to begin on 4th February, we take a look at the list of players, who are battling injuries.

Billy Vunipola: The rampaging Saracens number eight suffered knee ligament damage in November, and is set to miss at least the early Six Nations rounds as England look to get their title defence off to a flying start.

Mako Vunipola: The Saracens prop, brother of Billy, is another absentee. Vunipola is recovering from knee trouble, with forecasts suggesting he is unlikely to be available before England's clash against Scotland in March.

Anthony Watson: The outstanding Bath wing has not played for England since last summer. A broken jaw ruled him out of the autumn Tests, and he now has a hamstring injury which means he is on the Six Nations sidelines.

WP Nel: Powerful scrummager Nel will miss the entire Six Nations due to a neck injury that has seen him undergo surgery. It is not known at this stage if he will play again this season.

Alasdair Dickinson: Edinburgh prop Dickinson, who has won 58 caps during a 10-year Test career, is currently out of action due to a foot injury.

Peter Horne: Glasgow back Horne is expected to miss the Six Nations this season as he recovers from an ankle injury suffered in December.

David Denton: Bath back-row forward Denton has not played due to a hamstring problem since the early stages of this season.

Gethin Jenkins: Prop Jenkins, Wales' most-capped player, underwent surgery on a bicep injury in December and is expected to miss the whole of this season's Six Nations.

Dan Lydiate: Tough-tackling Wales and Ospreys flanker Lydiate suffered a knee injury during the autumn series finale against South Africa in November and will not play again this season.

Taulupe Faletau: Bath number eight Faletau is currently fighting back to fitness from his second knee injury this term. He will not be involved against Italy on Sunday, but he could be in the selection mix when Wales face England next week.

Luke Charteris: Giant lock Charteris has a fractured bone in his hand, sidelining him from Wales' trip to Rome. Like Faletau, though, he could be available to face England on February 11.

Johnny Sexton: Talisman fly-half Sexton, who has had his share of injury problems in recent seasons, misses Ireland's Six Nations opener against Scotland due to calf muscle trouble.

Peter O'Mahony: All-action Munster flanker O'Mahony is part of Ireland's supremely-competitive back-row mix, but a hamstring problem has ruled him out of contention for Saturday's trip to Murrayfield.

Sean Cronin: Ireland's livewire reserve hooker is expected to miss all of the Six Nations this season due to a hamstring injury.

Jared Payne: Ulster back Payne was ruled out for three months after suffering a kidney injury during Ireland's autumn clash against Australia.

Wesley Fofana: Clermont Auvergne centre and playmaker Fofana will miss the whole Six Nations after rupturing his Achilles tendon during a European Champions Cup game against Exeter 11 days ago.

Francois Trinh-Duc: The Toulon fly-half is recovering from a broken arm suffered in November, and it is thought he could be available later in Les Blues' Six Nations campaign.