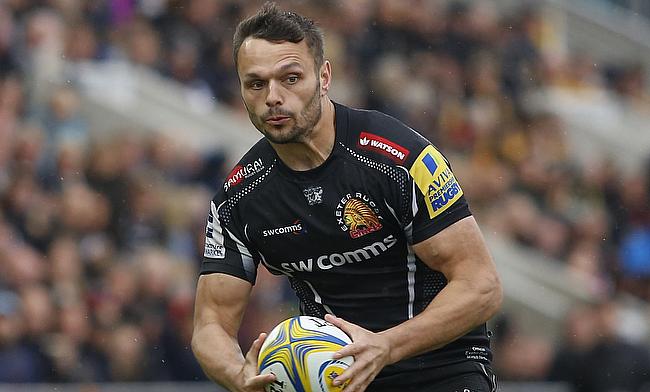 Phil Dollman has been with Exeter Chiefs since 2009
©PA

Exeter Chiefs have confirmed that back Phil Dollman will remain with the club until the end of the 2019/20 season after signing a short-term deal.

Dollman's contract with the Sandy Park outfit was until end of June but with the season extended due to the pandemic coronavirus, the 35-year-old is committed to complete the campaign.

“I’m not quite sure how other teams will go about things,” he said the official website of the club.

“Some may be looking to next season and trying to get a few things in place, but from our point of view we have to get as much out of it as we can. It’s an opportunity for all of us to go after things because it will soon slip away.

“Personally, I’m going to relish every moment of it. The Chiefs has been my home for over ten years now and I’ve experienced so many good times, both on and off the field. Yes, it’s going to be tough the day I do eventually finish here, but it’s been a hell of a journey for me."

Dollman joined Exeter Chiefs in 2009 and was the first signing when Rob Baxter took in charge of the club. Since then he has gone on to rack 240 appearances for the club. While the likes of Sam Hill, Nic White, Greg Holmes and Matt Kvesic decided to part ways with the club at the end of their contract, Dollman is hoping to sign off from the club on a high.

“In a way, I’m incredibly lucky that I will get another chance to play a bit more rugby. There are a few boys, guys like Hill, Whitey, Grog and Kev, they’ve had their journeys cut short because of what has happened.

“That’s disappointing for them, I’m sure. No doubt they will all have had a bit of a sour taste in the mouth, particularly because of how well the season was going and that they wanted to be part of something special. That said, what can you do?

“It’s strange times for all of us right now, but we just have to crack on, get on with things and hopefully it will all come good in the end.”