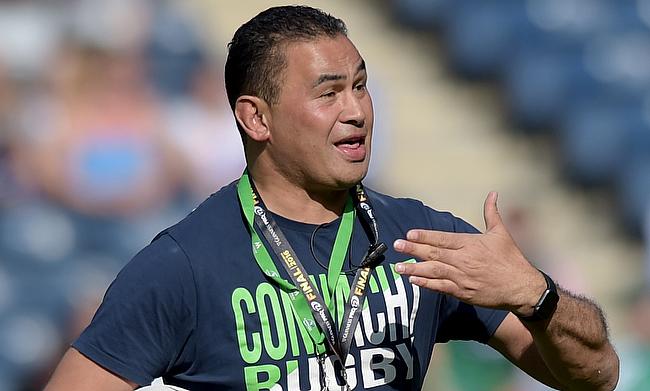 Connacht's Pat Lam is hoping for Ireland coach Joe Schmidt to continue in his role until the 2019 World Cup in Japan.

Schmidt's contract with the Irish Rugby Football Union (IRFU) ends in June 2017 and he is still undecided on whether to extend the deal until 2019 World Cup. According to reports, the 50-year-old could return back to his native New Zealand, to take up a role with a Super Rugby team.

Connacht head coach Lam, who recently led the team to their maiden Pro12 title in the previous season is among the favourites to take the national coaching role but the former number-8 wants Schmidt to carry on until the next World Cup in Japan.

"It's a big decision, there shouldn't be any rush there," said Lam of Schmidt's call on whether to remain at Ireland's helm.

"It's totally up to Joe. It's nothing to do with me.

"My focus is completely on Connacht, the expectations are so high.

"Everyone in Ireland including myself would like Joe to stay and continue the work he's doing.

"The secret of Irish rugby's success is that the provinces and the IRFU, we're all aligned.

"And our role for Connacht Rugby is to be in the top level of European rugby, to have more players playing for Ireland and to have a good representation of indigenous Connacht players.

"So being able to work closely with Joe and to make sure we can provide him a platform of players to play for Ireland is crucial.

"So I see our role in that is just as crucial as the other three provinces."

Lam's success with Connacht was evident as seven of the club's top players was part of the Ireland squad for the tour of South Africa.

Putting aside the speculation about Schmidt, Lam insisted that his focus will continue to be with the Galway based club. The former Samoan captain urged his players to continue training hard which he believes is essential, if Connacht are to defend their title in the upcoming season.

"That was all an education for our players around focusing on the job, focusing on what we do in training, and the weekend being a celebration of everything we've done.

"That's great preparation to go into this season when we know there's greater expectation, we know everyone's recruiting well.

"The only thing we can control is what we do in training.

"It's all about controlling what we do.

"On our first day back in pre-season training we put the PRO12 trophy at the front, and just talked about what it represented.

"It was only an outcome of the hard work from not only the team but the whole organisation.

"But it's now part of history.

"I wanted to emphasise that wasn't the end, this is a continuation of where we want to go."