Defeat against Connacht was a learning experience for us - Gregor Townsend 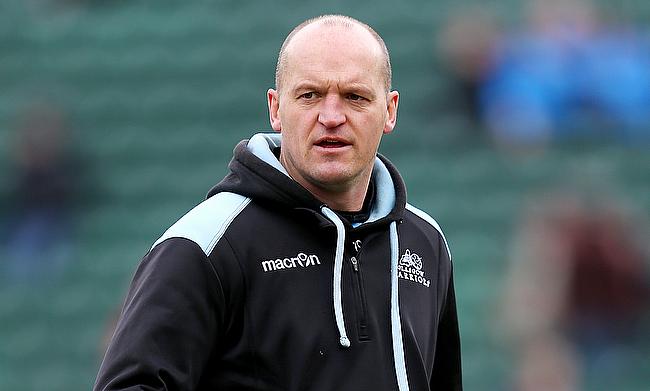 Glasgow head coach Gregor Townsend believes the 14-7 defeat against Connacht at Galway two weeks ago was the best learning experience for his men as the two sides meet once again in the Pro12 semi-final clash on Saturday.

The defeat denied the Scottish side a home fixture in the play-offs, resulting in Glasgow missing the crucial advantage. However, if the reigning champions manage to defeat the Irish side, they become the first ever side to reach the competition's final having won away from home in the last four.

According to Townsend, the loss has helped him and his men to get a broader perspective on areas which need improvement.

"It was the best thing that could have happened to us.

"You learn more from defeat. You do get confidence from victories but you find out how to be better after a loss. Things get put through the magnifying glass.

"We've had two weeks' preparation to put things right. It would have been better for the club and our supporters to have been at home but having that defeat has really sharpened our focus ahead of this weekend.

"Our preparation has been better than normal because the team we just lost to and who we want to put a few things right against is who we play in the next game.

"We will learn from where we could be better and try to get our strengths out.

"But whether you are home or away, these games are always going to be tough. We lost away to Leinster three years ago by just two points.

"We won two years ago at home to Munster by a point and then against Ulster last year by a point. So they are always tight. Whoever takes their opportunities will win."

Townsend would like to put the Irish side under pressure in front of the home crowd and hopes to see them commit a few mistakes which would play in favor of his men.

"That experience might help us. It might not given Connacht beat us last time and are at home, so they will be pretty confident.

"It's a new experience for them and I'm sure it will be a fantastic atmosphere at the Sportsground. It's great for Connacht and their supporters that they are getting to host a semi-final.

"But we want to put them under pressure and see if they will make mistakes. Whether that is because they have not played in a semi-final before or because they are playing a very good Glasgow team doesn't matter so long as we get the right outcome and Glasgow win the game."

The Warriors boss made five swaps to the side as Mark Bennett and Peter Horne join the centre, while wing Sean Lamont, scrum-half Henry Pyrgos, prop Zander Fagerson and flanker Simone Favaro are also making a comeback to the first team.