O'Driscoll ready for his newest challenge 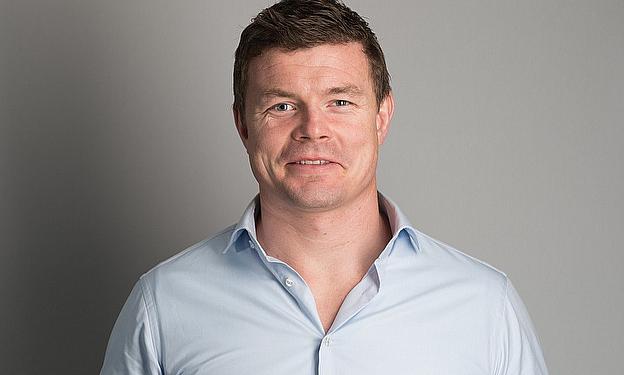 Brian O'Driscoll might not be ready to become the Roy Keane of rugby punditry just yet but the former Ireland captain has no intentions of pulling any punches in his new role in front of the camera.

The 35-year-old former Leinster centre called time on a glittering playing career last season, during which the British and Irish Lion won the RBS 6 Nations title twice and also three Heineken Cups and was the most capped international in history with 141 Test matches.

O'Driscoll accepts his new ambassador and pundit role will also see the need for a fine balance of analysis and opinion - something which fellow Irishman Keane, the former Manchester United midfielder, was not short of during his time on ITV.

"You can see in different sports that different ex-players have been able to marry the two of still while not necessarily remaining popular, certainly can be respected by those who are still playing, and can give a good balanced, knowledgeable opinion about what is going on. I think that is what people want, they want that little bit of an inside track," said O'Driscoll, who was at BT Tower in central London on Friday along with former England international Martin Bayfield, also now a broadcaster and pundit.

"The game moves on so quickly and it is about trying to understand some of the nuances about what is happening, rather than just what they are seeing for themselves on the pitch - it is about the reasons why tackles are missed and scores happen, so hopefully I will be able to add my tuppence worth.

"It is just an opinion, one which is not necessarily correct, but one which I am going to put out there."

O'Driscoll added: "I was at a Q&A with Roy yesterday and he was brilliant, great entertainment.

"It is interesting because Roy was very much into the punditry while he was not involved in any management, and now he has shelved that for a while.

"Roy is a clever guy - he probably does not have the same filter that a lot of people have, but I think that is why you get a lot of entertainment from him.

"I don't know if I will go the same tact as that, but hopefully I will be able to impart similar sort of knowledge about our game."

O'Driscoll insists he will have no qualms telling it how he sees it - even if some of the players on the receiving end were not so long ago running beside him on the pitch.

"I found in the past when I did a bit of punditry, I was very conscious of not saying anything negative about people I played against, because players are elephants and they remember when someone says something - I stored things for years and just waited for my opportunity," he said.

"But there are lots of different ways to criticise someone, it is in the manner you go about it. You don't have to cut them at the knees - someone who is a great player, but has an off day, you don't have to tell them it is the end of their career.

"I imagine my first few involvements will be trying to understand what points I am trying to get across, but I don't really see it being difficult, because I am not going to going after people's personality, I am just going to tell them what I have seen on the pitch that particular day."

Only 20 teams will be involved, with six from both England and France, while the other Six Nations countries will share seven spots based on performance in the Guinness Pro12.

While O'Driscoll hopes the changes will not diminish the achievements of past Heineken Cup triumphs, the Irishman feels they should be embraced.

"It will drive the standards of European competition and also domestic competition," he said.

"It has become more difficult - if you look at the quality of the pools, then you can maybe say there were a couple of teams who were fortunate year on year to make it into the Heineken Cup, and now everyone has to work hard for it in their domestic leagues."

Dealing with diminishing powers as an athlete

Lions’ series draw was good for the brand - O'Driscoll