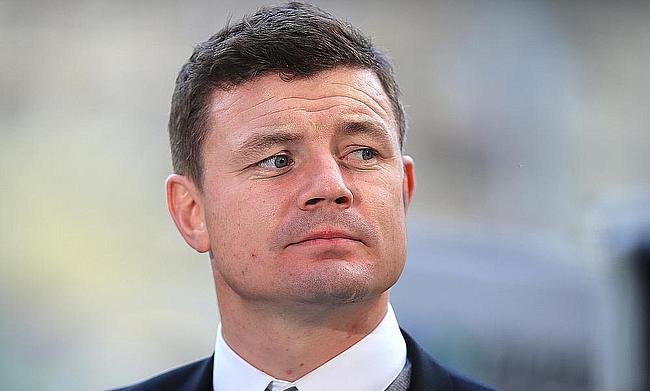 It is a week where Brian O’Driscoll will be hoping his predictions come up trumps.

“Adam Scott, he likes his game,” the former Ireland international tells TRU. “Maybe him and Shane [Lowry]. He played the day before me and shot a 67. He likes the look of the course and he’s in good form so maybe those two!”

At the beginning of the month, O’Driscoll had to pinch himself as he was offered the “outrageous” opportunity to play at Augusta National Golf Club, the home of The Masters.

With the showpiece event in the golfing calendar getting underway on Thursday, naturally, I asked the ex-British and Irish Lion for a couple of tips before the focus swiftly turned to his outright favourite for this year’s Heineken Champions Cup.

“It hasn’t changed since the end of the pool stages,” he says. “I have been really impressed with Leinster. I don’t know whether you would have seen the URC [United Rugby Championship] results over the last couple of weeks, but 45 points over in the Sportsground in Connacht and then they scored 34 last week down at Thomond Park (v Munster).

For the first time in 8??4?? years of visiting Thomond Park @LeinsterRugby have now won on their last 3?? visits ??#URC | #MUNvLEI pic.twitter.com/3AEc70laaO

“This is with a number of their internationals just returning or some sitting on the bench and guys still to come back in as well. Their depth is so impressive.”

It has been four years since O’Driscoll saw his former club lift the Champions Cup and last term, Leinster had to watch on as Toulouse became the most decorated side in the competition as they beat La Rochelle to clinch their fifth title.

“I guess there is always question marks around when it gets to the real business end of the season whether Leinster will come unstuck against one of these really powerful teams because that’s what people think has been their Achilles heel,” O’Driscoll adds.

“They’ll argue something different that they just didn’t click on those days, but ultimately they have gotten done by being physically imposed.”

In 2019, the boys in blue were beaten by Saracens in the final at St James’ Park but since then, they have fallen at the quarter-final hurdle against Sarries (2020) before La Rochelle outmuscled Leo Cullen’s side in last year’s semi-finals.

“Leinster, particularly the way they had to battle into that top four seed was important to them this year,” reflects O’Driscoll after the Irish province overcame some Covid-19 obstacles during the pool stages to set up a Round of 16 tie with Connacht.

“This weekend, they won’t have [Andrew] Porter, James Ryan and maybe [Rónan] Kelleher but they’ve got really good quality coming in to replace them.

“I think they will have sterner tests than Connacht. Connacht have got to the knockout stages. It’s what they wanted to do and it feels like this is probably, at the moment, where their ceiling is. I don’t think they have that firepower up front to be able to deal with what Leinster will throw at them.”

“It is going well, but I think you are always mindful that these things are cyclical,” he says. “In other years, I have sat here and it has been doom and gloom when Ireland have finished third or fourth in the Six Nations and there is only one or two provincial teams through in Europe. At moment, you enjoy it while it is good.

“Exeter v Munster, that is a really tough one to call this weekend. As for Ulster, for them to go well, to get the double against Clermont in the pool stages and then your award is to get Toulouse home and away in back-to-back weeks is a bit of a tough pill to swallow!

“Ulster are a team which are learning a lot about themselves. They know they are going to have to play two of their best games this season because of what the current holders possess. You’re going to see quality being knocked out.”

Johnny Sexton has confirmed he will retire after the 2023 World Cup... full story below??#GuinnessSixNations

With standout names such as Toulouse’s Antoine Dupont in action across the course of Saturday and Sunday, it is Leinster’s galaxy of stars who will light the blue touch paper on a new-look Round of 16 when they travel to Connacht on Friday night.

Johnny Sexton is set to return for their visit to Galway meaning the excellent Ross Byrne may have to hand the fly-half jersey back to the Ireland captain.

Last month, Sexton announced he would be retiring from the sport after next year’s World Cup which has led to questions around who may step into his sizeable shoes following France 2023.

The Leinster No.10 could be opposite one of the leading candidates this week if Jack Carty lines up for Connacht whilst Munster’s Joey Carbery experienced a decent portion of game time for Ireland in their recent Six Nations campaign.

“The tricky thing is for all of these 10s is that they have had to do the job with Johnny Sexton looking over their shoulder,” O’Driscoll says.

“There will be a freedom that will come with him being retired. They will be able to go and express themselves and be the voice that they want to be in the environment with no Johnny Sexton, Irish captain looking on. It is an unenviable task in many ways for these guys.

“Fair play to Ross Byrne. He has put his hand up and has put in some really good performances. Joey just needs a good run of games both provincially and internationally.

“I’m excited about the prospect of someone like Ciarán Frawley that people aren’t really talking about a lot as a 12 for Leinster but he is a talented player so maybe he will get a bit more game time when Johnny ceases to play but we will have to wait and see.”

When Sexton does hang up the boots next year, he will be remembered as one of Ireland’s all-time greats alongside O’Driscoll and current La Rochelle head coach Ronan O’Gara.

The Munster legend, who guided the Top 14 outfit to last year’s Champions Cup final at Twickenham, will see his side do battle with Bordeaux-Begles in the last 16 as his stock continues to grow as head coach.

Last weekend, O’Gara claimed he ‘would love to have a go’ at the England job after Eddie Jones’ reign comes to an end and his former Ireland teammate isn’t surprised by his comments.

"Yeah, it would be a great job. What a team."#RugbyTonight pic.twitter.com/XpedpHOfZU

“ROG is a great thinker of the game,” O’Driscoll says. “He has a diligent understanding of what his philosophy is and what way he wants to play. He is a really good communicator. He is a very likeable guy for people that get to know him and understand him. They want to play for him, they want to work for him. He just has that ability to bring it all together. He is a good, fun guy to be around as well but takes his business very, very seriously.

“It doesn’t surprise me that he would be very interested in taking that job. I think you have an allegiance when you’re a player, but that allegiance ultimately expires when you become a coach.

“Great jobs come along and you have got to leave those allegiances behind you and look at what the best opportunity is for you and what you can do with a potentially very, very good team with a great pool of talent. There is no doubt that England are that so it didn’t surprise me in any shape or form to hear him saying that he would be interested in it.”

For now, O’Gara’s sole focus will be on guiding La Rochelle into the last eight of the Heineken Champions Cup, with O’Driscoll admitting their tie against Bordeaux is another titanic tussle which ‘is too tough to predict.’

“To be honest, there aren’t that many disappointing ties!" O Driscoll says. “You’d anticipate Connacht/Leinster, it is not a foregone conclusion but over two legs, you just can’t see how Leinster won’t have too much for them. Racing v Stade, I think Racing will get the job done but the others I am not sure!”

Heineken Champions Cup - Round of 16 ties

BT Sport is the home of European Rugby Champions Cup. The 2021/22 season continues with a weekend full of games, including Leinster v Connacht live on BT Sport 1 at 7.15pm on Friday 8th April. Find out more information on how to watch at BT Sport bt.com/sport