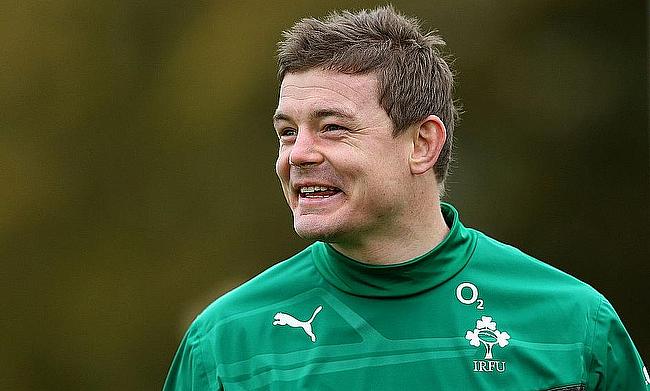 Stuart Lancaster optimistic about fitness of Tadhg Furlong and James Lowe
Finals of 2023 European Champions and Challenge Cup shifted to Aviva Stadium
Ronan O'Gara proud of La Rochelle's performance after defeating Racing 92 in semi-final
Anton Bresler Exclusive: 'I thought my agent was pulling my leg when he said I could join Racing'

It is a phrase which is regularly trotted out when those of us who religiously follow the game we love are left stunned by the drama that unfolds in front of our very eyes.

Usually, the narrative goes hand in hand with major finals and for us mere mortals who watch on as fans, we know we cannot control how the story concludes.

If you care deeply about a club or a team which is involved, a final can be an experience which ends in elation or one which makes you want to shut off from the outside world.

But what are the grandest of occasions like for players?  How do they handle the unenviable pressure?

For both Leinster and La Rochelle, they will undoubtedly encounter a rollercoaster of emotions on Saturday when the two meet in the Heineken Champions Cup final.

In terms of the Irish province, they have experienced both sides of the coin. The boys in blue have four stars woven into their jersey at present - one for every European title they have lifted - but this weekend marks their sixth final.

Their only defeat came in 2019 when Saracens denied Leinster back-to-back crowns, however their previous four finals all ended in ecstasy and Ireland legend Brian O’Driscoll featured in three of them, his first coming 13 years ago.

After edging past Harlequins in the last eight and then seeing off holders Munster in the semi-finals in front of over 80,000 at Croke Park, Leinster headed to Murrayfield to compete in their maiden European final.

So what is the build-up like before such a pivotal moment in a season? How do you stop any inner turmoil from creeping in?

“Do you know what, you are just so thrilled to be in your first final,” O’Driscoll reflects. “You don’t want to go too hard the week of the game. You come to the end of a year and you just want to make sure you are primed and you are properly ready to deliver your biggest performance.

“There is always nervousness the morning of any final, particularly your first European final. They all dissipate as soon as that whistle goes, but the hours beforehand are never easy.

“You want to just feel as though you don’t want to let yourself down. You don’t want to deliver a substandard performance personally or collectively and if a better team beats you and you play well, you can roll with that but there is nothing worse than not delivering on the biggest stage.”

As O’Driscoll touches on, there is bound to be some apprehension. From a fan's point of view, you do struggle to concentrate on anything else other than kick-off time. Whilst there might be periods where your mind focuses on your next meal or whose round it is in the pub, you quickly snap out of it and all of the emotions which are associated with a final come flooding back.

“It is a real individual thing,” O’Driscoll says when asked about how he dealt with the weight of expectation.

“I was always pretty good at disconnecting and not playing it over. I think that is why you do all of your work in the early parts of your week so it is in your head and you know exactly what’s what. If you are leaving that to the last 24 hours, it feels as though you are playing catch up which is never a good thing.

“Things are different now from our first final in ’09, but even just watching Netflix, listening to podcasts or tunes, there were card games back in the day, so anything like that just to take your attention off rugby to make sure you’re not building up too much nervous energy can help.

At the turn of the decade, they produced one of the most stunning comebacks in the history of the competition to beat Northampton and a year later, their majestic display against Ulster saw their dominance continue on the continent.

Leinster lift the Champions Cup for the FOURTH time!

With Leinster’s forging themselves a place in European royalty, O’Driscoll admits he was never one for traditions or superstitions when it came to the big day: “For me, it was negative to kind of find myself relying on something that you might have done last time.

“You might forget your lucky underpants or forget to do something in particular where you step onto the pitch with a double left foot, triple somersault or whatever! All that stuff wasn’t for me! It was just go and enjoy it.”

And rather than worrying about any lucky charms, the former Leinster and Ireland captain was simply hooked on lifting silverware: “There was a quick realisation. I had just turned 30 after winning in ’09 and the realisation was that you were running out of time.

“'We have only lifted one, let’s get as many of these as we can.’ We got to the semis the following year and then won two more the years after that so it was great that we were accumulating them really quickly and it was like ‘right, let’s get greedy’ and get as many as we can before someone blows the final whistle on you.”

O’Driscoll’s glittering career drew to a conclusion in 2014 and since then, Leinster have only had their hands on the European Cup once.

To have three winners medals on your CV is clearly a special achievement, but for some of O’Driscoll’s old colleagues, the chance of adding an unprecedented fifth title to their list of honours is tantalising close.

Cian Healy, Devin Toner and Jonny Sexton have been present at all four of the finals Leinster have won, with the latter particularly instrumental in 2011 against Northampton.

Eleven years on from his heroics in Cardiff and the Leinster fly-half remains a vital cog in Leo Cullen’s machine, but Sexton’s involvement in his latest European final contains another sub-plot other than the possibility of becoming a five-time champion.

Back in 2009, Leinster’s 25-6 victory in the last four against Munster was a huge statement of intent on their way to lifting the trophy in Edinburgh.

They had been displaced by Munster at the top of the Magners League, but Michael Chieka’s side were determined to rule the roost when it came to the Heineken Cup and Sexton epitomised that in the semi-finals after replacing the injured Felipe Contepomi.

Up against Ireland’s leading fly-half and British and Irish Lion Ronan O’Gara, Sexton wasn’t settling for second best. Reading reports from that day at Croke Park, some believe this was when the Leinster man began his pursuit to become the best No.10 in the country.

O’Driscoll shared the international dressing room with both ROG and Sexton as these supremely competitive athletes vied for the starting jersey and the fact that the pair face-off this weekend - with O’Gara currently head coach of La Rochelle - adds an extra dimension to the final.

“That’s what it is, it is an added spice,” says O’Driscoll. "It is two former teammates and adversaries. So much has happened since their playing days. They became coach and player at Racing and then ROG has gone on and furrowed his own path from a coaching perspective.

“He will have a bit of time to focus on Jonny throughout the week because he is the heartbeat of what Leinster do really well. Of course, like all teams, they will try and put pressure on him but that is not specific to the relationship ROG and Jonny have had over the years. That is just part of analysis, part of trying to break down the opposition.

“Neither of them will care for the other one at full-time. The one who wins, they will go and have a consolatory handshake but they will be far from the other person’s thoughts because this is about winning a trophy with your team.

“They have got a laser focus on trying to achieve and trying to get the most out of themselves individually, first of all, and that has a knock-on effect on the team’s overall performance. If they can get their detail right, well they give their team a good chance of winning.”

Leinster are slight favourites with the bookmakers to be crowned European champions and if they were to complete the job, they would join Toulouse as the only other club to lift the trophy on five occasions.

In terms of La Rochelle, this will be their third major final in 12 months with O’Gara’s side losing the previous two against Toulouse in the Heineken Champions Cup and then the Top 14.

Like the majority of us, O’Driscoll will be watching on as a fan on Saturday and with his beloved Leinster on the brink of another title, he predicts the trophy will be heading to Dublin for the fifth time in 14 seasons.

“I think it will be close. I think it might be a one score game, a seven-pointer. If you look at what Leinster have done this year, they have set a really, really high bar so I think the focus will be on themselves. If they can deliver a performance similar to what we have seen in the quarter-finals and the semi-finals, it will take a very good La Rochelle side to beat them.”

BT Sport is the home of European Rugby Champions Cup. The 2021/22 season concludes with Leinster v Stade Rochelais live on BT Sport 2 at 4pm on Saturday 28th May. Find out more on how to watch at bt.com/sport