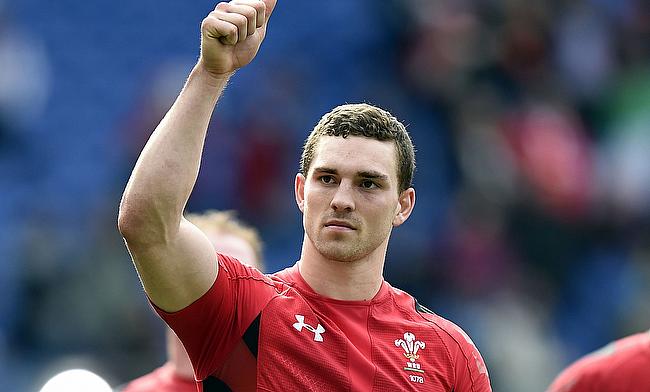 North, who wins his 50th cap against World Cup warm-up opponents Ireland in Dublin, has not played since being knocked unconscious during his club Northampton's Aviva Premiership appointment with Wasps on March 27.

"You are concerned about all your players," Gatland said.

"All I can say is that he's followed all the medical protocols and done everything, and we were very conservative in the way we approached it. We made sure his welfare was paramount.

"I did express concerns recently that we have to make sure things are right, because if he does pick up one or two more serious knocks that could be the end of his career.

"The individual is the most important. Making sure his health is at the forefront of our decision-making is what we will do."

And Gatland believes there is a lot more to come from a player who has already scored 22 tries in Wales colours, with only Shane Williams, Gareth Thomas and Ieuan Evans above him on Wales' all-time Test try list.

"He burst on to the scene and was fantastic, but we have to keep putting pressure on to him," Gatland added.

"I think there is still a lot of improvement in him. I think he has the ability to get a lot better than he is at the moment.

"He probably hasn't played as well as we would have liked over the past 12 months. He is aware of that, but we've been working hard on his game.

"It was pleasing to see that we did put him under a bit of pressure, and in the last game - against Italy - he did score three tries and got back to some of the form we are looking for in terms of touches in a game and having a real impact.

"He had probably gone away from that in terms of the number of touches. Players of that ability have to get their hands on the ball.

"He went through a couple of campaigns when his touches weren't enough and he made some defensive errors, so it was pleasing to see some of the confidence come back into his game.

"I can remember seeing him as an 18-year-old playing for the Scarlets. I said: 'look, we have to cap him as soon as possible - there is a freakish talent there'.

"I don't think we've seen the full extent of the potential he has as a player. And we still haven't ruled out in the future that he could be an outstanding centre as well."