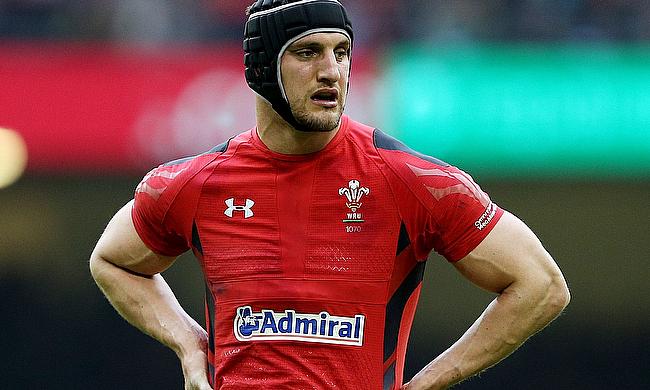 Sam Warburton has underlined Wales' burning desire to go "one step further" than four years ago when he leads his country on a World Cup mission next month that is fraught with danger.

Wales almost achieved things the hard way in 2011, emerging from a World Cup group that included southern hemisphere heavyweights South Africa before making an agonising semi-final exit against France when they were beaten 9-8 despite seeing Warburton sent off midway through the first half and scrummaging colossus Adam Jones depart injured even earlier.

Life, though, is about to get a whole lot tougher, with host nation England and twice-World Cup winners Australia standing imposingly in Wales' quarter-final path this time around.

At least one of them will crash from World Cup contention three weeks before the final, given that Fiji could also have a say in the outcome, and Wales will not lack motivation.

"All the players get asked questions about the last World Cup, and it's always the 'what if' question. No one really knows what would have happened. It's impossible to say.

"With Adam Jones going off pretty early - he was arguably the number one tighthead in the world at that time, and the scrum is so important against France - that was probably as much a killer blow as my red card, really.

"It is impossible to answer what would have happened, but the spine of the team this time is pretty similar, with everyone probably 30 or 40 caps better off.

"The leadership group we've got in the squad as a whole is so much better than it was four years ago, which makes my job a lot easier as well.

"In a World Cup, you have got to string six or seven games together to be able to make sure you can win it. It's about that consistency of performance week in, week out."

At 26, Warburton will add a second World Cup as Wales skipper to his career portfolio, one that also includes captaining the British and Irish Lions, and he readily recognises Wales head coach Warren Gatland's influence during what has been an impressive rise from uncapped prospect in 2009 to current world-class status.

"There were a lot of players there in the squad I thought he could have picked instead of me. I even questioned him and said 'what about so and so, or so and so?' Those guys had over 50 caps and were close to 100 caps in some cases. I really appreciate the faith that he put in me.

"I do feel that I am a slightly different player when I am playing under Warren for Wales. He gives me a heck of a lot of confidence, and I think that brings out some of my better rugby.

"Some of the best games I've played have been under Warren's guidance. A lot of the things I have achieved in my career, a massive part of that is due to Warren."

Warburton on pre-2011 World Cup: "Four years ago, I remember when I got the call off Warren about being the World Cup captain and could I pop in for the press release for when the squad was being reduced, I put my Welsh Rugby Union polo shirt on, jumped in my car and drove down to the Millennium Stadium as quickly as I could, and I was so nervous and so worried about the things I would have to do.

"It was even things like the after-match functions, with speeches and stuff that come with the captaincy. But those sort of issues don't even cross my mind now. I am so much more comfortable in the position. I feel completely different this time around going into a World Cup."

Warburton on career ambitions: "I want to go to as many World Cups and be on as many Lions tours as possible, really. I know you can't control a lot of it because you don't pick the squads, but I admire people like Brian O'Driscoll, Paul O'Connell, Martyn Williams and Shane Williams, those modern players who have been to multiple World Cups and on Lions tours.

Warburton on performance: "If you look at the top players in the world, they have been around at international level for 10 years or so, and they are very consistent over that period of time. To try to have that consistency throughout your career would be one of my main goals."

Warburton on Twickenham: "Apart from the Millennium Stadium, Twickenham is probably my favourite rugby ground in the world to play in. I love playing there, so I am looking forward to it and the games there against England and Australia.

Warburton on world champions New Zealand: "I don't think anyone could argue that New Zealand are the number one team in the world. They've been the dominant force for the last 10 years or so, and they are obviously the team to beat."

Warburton on New Zealand captain Richie McCaw: "It is incredible what he has achieved. Every team that plays against him, he would be a target of theirs. He gets a hammering every game off the opposition, but he still manages to come up trumps. To play that many Test matches, and the win ratio he has got is absolutely incredible. It puts him down as one of the all-time greats."

Warburton said: "The untold story of power over a six-week tournament like the World Cup is the ability of players to keep going harder and longer than anyone else. The creation of the Duracell #PowerCheck will offer sports fans a new way to enjoy the tournament."