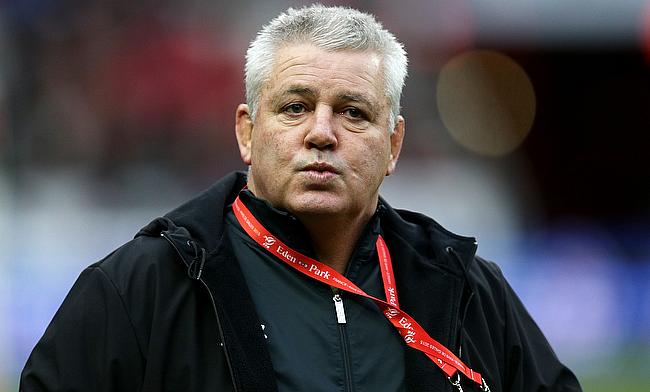 Wales say that fly-half Gareth Anscombe is "continuing to be assessed" after he suffered an ankle injury in training.

The New Zealand-born Cardiff Blues number 10 is among the contenders to make Wales head coach Warren Gatland's final 31-man World Cup squad when it is announced next Monday.

The severity, or otherwise, of Anscombe's injury is not known.

He made his Wales debut during the 35-21 World Cup warm-up defeat against Millennium Stadium visitors Ireland 18 days ago, going on as a second-half substitute.

A Welsh Rugby Union spokesman said: "Gareth did pick up an ankle injury in training last week, and he is continuing to be assessed at the moment."

Anscombe, 24, qualifies for Wales through his Cardiff-born mother. He signed a WRU national dual contract earlier this year after joining the Blues from New Zealand Super Rugby side the Chiefs last season.

His World Cup chances seemingly increased after Gloucester star James Hook was among eight players cut by Gatland from his extended training squad earlier this month, while Anscombe's confident display against Ireland also strengthened his prospects.

Wales' opening World Cup clash is against Uruguay in Cardiff on September 20, with their pool also including host nation England and twice world champions Australia.