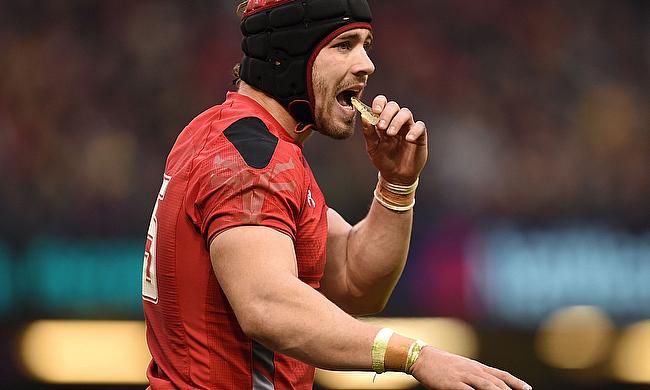 The juggernaut Northampton wing suffered three concussions in five months last season and he has not played since the end of March.

But North's comeback looks likely to begin next Saturday when Wales face a penultimate World Cup warm-up game against Ireland in Dublin.

If the 23-year-old features at the Aviva Stadium, it will be his 50th Wales appearance and arrives less than 48 hours before Wales head coach Warren Gatland names his 31-man World Cup squad to go into battle with pool rivals England, Australia, Fiji and Uruguay.

"He is looking great in training, so it will be a real boost to have him back.

"Concussion is a serious injury and it can be very dangerous, so it has to be dealt with in the right way, and the medical staff do deal with that extremely well.

"They make sure the player only comes back when it's completely right for them to play, and that's important."

Gatland is expected to parade most of his big names - Halfpenny and North included - against the reigning RBS 6 Nations champions in five days' time before settling on an eagerly-awaited final World Cup combination.

British and Irish Lions trio James Hook, Mike Phillips and Richard Hibbard, who boast 210 Wales caps between them, are among those who have already been cut from World Cup contention, with another seven to miss out next Monday.

Wales were well-beaten by Ireland in their opening World Cup warm-up Test earlier this month, but that 35-21 defeat should mean little in the general scheme of things.

"A lot of the camps have been fitness-focused and looking to make gains in fitness and the gym and things like that," added full-back Halfpenny, speaking on behalf of Land Rover.

"Now, the rugby focus moves in. There is a lot more rugby coming in now.

"You just want to do the job as best you can for the jersey and for the team.

"So even if people are aware of some of our strengths as a team, hopefully, the way we prepare and the plans we have in place can help us still cause problems for opponents.

"We are doing everything we can to make sure that when we step on to that pitch we are as prepared as we can be to go out there, do ourselves, the team and the jersey justice, and to win matches."

:: Leigh Halfpenny is a Land Rover ambassador. Land Rover is a Worldwide Partner of Rugby World Cup 2015 and is recruiting all 96 official mascots for the Tournament as part of its 'We Deal In Real' campaign. Follow @LandRoverRugby #WeDealInReal