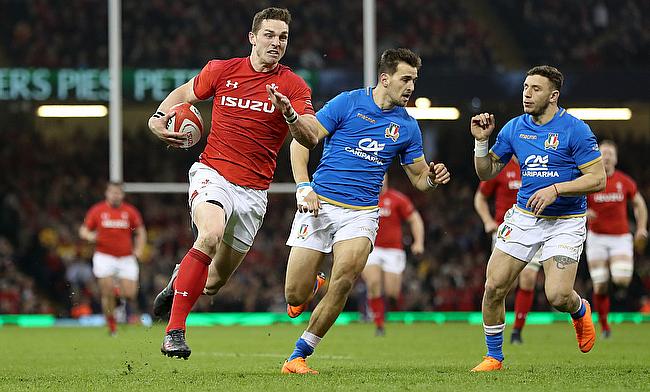 Wales’ George North runs in his side’s second try during the NatWest 6 Nations match at the Principality Stadium, Cardiff.
©PA

George North scored a brace against Italy as the powerhouse Wales wing helped his side to a 38-14 victory to go 2nd in the Six Nations Championship table.

A mixture of new faces and returning veterans combined to give the hosts a convincing victory over Italy on Sunday.

A blistering opening that saw three tries scored in the opening 10 minutes left Italy struggling to find a way back into the game.

Though Wales ended with only 45% possession and 49% territory, they did much, much more with the ball than Italy.

Italy failed to put points on the board when they had a man, and briefly two men, more than Wales.

Warren Gatland's men have 11 points, leading third-placed England by one as another bonus-point success in next week's tournament finale at home to France would assure the Welsh of the runners-up spot.