Gloucester come from behind to beat Sale Sharks 16-18 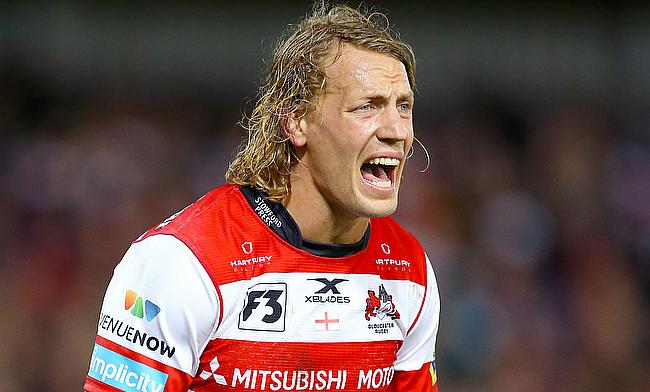 Gloucester Rugby made a terrific second-half fightback as they went on to edge out Sale Sharks 16-18 in the opening round of the Gallagher Premiership at AJ Bell Stadium on Saturday.

Sale Sharks looked in control of the game as they scored 13 unanswered points in the first 50 minutes but the Cherry and Whites with tries from Mark Atkinson and Tom Marshall ensured they went over the line.

After the opening 15 minutes went without a break, the home side got their first points on the board when Byron McGuigan dived over the line after the try was set up by Akker van der Merwe and Robert du Preez kicked a conversion and a penalty in the remainder of the first half as they scored 10 points in the first half.

Du Preez extended Sale Sharks' lead to 13 points with a penalty kick early in the second half but Gloucester made an incredible comeback with back to back tries from Atkinson and Marshall in a span of six minutes as the gap between the two teams came down to just one point.

The gap remained the same until the 70th minute when Twelvetrees and du Preez traded penalties before the Gloucester fly-half kicked the decisive three-pointer in the 71st minute to take the visitors to a two-point lead which they kept intact despite a yellow-card to Freddie Clarke in the 79th minute.

“We won it, we lost it and then we won it again. It was an intriguing match and we always knew it was going to be a big start to the Premiership with the intensity," said Gloucester head coach Johan Ackermann.

“We probably didn’t play as well as we wanted to building up to this [in the Premiership Rugby Cup] but in the first half the guys showed a lot of character by hanging in there.

“We never really played good territory, we gave them a lot of opportunities and our discipline was a bit of a problem but then the second half we just started to hang onto the ball.

“From there we got points on the board and got back into the game. We got into the lead and we had opportunities to win it and then there was a bit of a questionable yellow card".