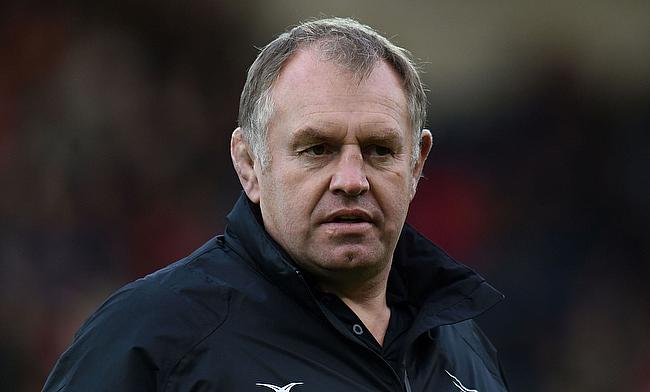 Newcastle Falcons have announced that prop Mark Tampin has agreed to a two-year contract extension with the Gallagher Premiership club.

Tampin joined the Falcons ahead of the 2019/20 season and has played 29 times for the club including 17 appearances this season.

“I’ve really enjoyed my time here since I came up to Newcastle two years ago,” said Tampin to the club's official website.

“It’s been a strange period in many ways with going unbeaten in the Championship, having the season cut short, eventually being promoted and then playing in the Premiership without supporters for most of this season.

“It’s been very enjoyable, though, and on a personal level it’s been my first proper season of Premiership rugby."

The 29-year-old started his career with Leeds Carnegie in 2010 and switched to Rotherham Titans in 2013 making over 80 appearances for them. He also featured for Jersey Reds and Ealing Trailfinders before joining Newcastle Falcons.

His Premiership debut for Newcastle Falcons came in November 2020 against Bath Rugby in the opening round of the season.

Newcastle Falcons director of rugby Dean Richards lavished praise on Tampin and is delighted with the news of him recommitting to the club.

“Mark has made the step up this season and acquitted himself well, having been a stand-out player in the Championship for a number of years," said Richards.

“He is improving and adding to his game all the time, and it’s a sign of his progression that one of our tries a couple of weeks ago involved him making a line-break and two offloads in the opposition 22.

“As well as his playing ability he buys into the team spirit and culture which is so important here, and we’re glad that he will be with us for another couple of years.”