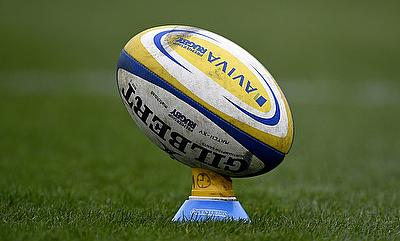 Newcastle are set to face Saracens in Philadelphia on Saturday
©PA

Fiji international Vereniki Goneva has returned to the starting line-up of Newcastle Falcons for the Aviva Premiership clash against Saracens scheduled to be played in Philadelphia on Saturday.

The 33-year-old has replaced Belisario Agulla in the XV with the latter dropping out of the matchday 23 squad as Newcastle Falcons look to maintain their winning momentum at t Talen Energy Stadium, home of Major League Soccer side Philadelphia Union.

Will Witty has swapped his place with Sean Robinson, who now moves to the bench while the other change sees Nili Latu returning to number eight with Callum Chick missing out.

Newcastle Falcons head coach Dave Walder is excited about facing the European champions in Philadelphia and believes a win on Saturday can boost their confidence.

"We were already a close squad but living in each other’s pockets for the full week does get you closer, and we’ve been looked after brilliantly,” said the former England fly-half.

"The game on Saturday is obviously the big focus but it has been an old-fashioned tour in the sense that the guys have enjoyed themselves, taken in some new experiences and just enjoyed being out here.

"We’ve been training at the University of Pennsylvania and the facilities have been great, so there can certainly be no excuses from that point of view. We’re here to win a big Aviva Premiership game and we believe we can achieve that."