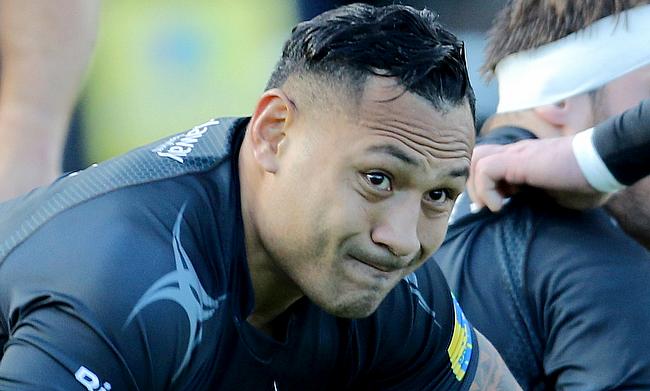 Sonatane Takulua will remain with Newcastle until 2021
©PA

Newcastle Falcons have confirmed that Tonga international Sonatane Takulua has penned a four-year contract extension with the Aviva Premiership club ahead of the 2017/18 season.

The 26-year-old joined Newcastle in 2015 and has made 33 appearances in the Aviva Premiership since then. He was one of the standout performer for Falcons last season scoring six tries in 13 Premiership games.

The scrum-half has featured for Tonga 23 times after making his debut in 2014 and has amassed eight tries. He has been instrumental in the team gaining a qualification to the 2019 World Cup after an unbeaten European tour last autumn.

Thanking Newcastle for the extended opportunity, Takulua stated that he is highly motivated to help the club succeed in the coming seasons.

“I am very thankful to the club for showing their faith in me, and really happy that my family and I will be staying here. We all love living in Newcastle, the Falcons as a club has a really great culture and everyone is really excited about the new season.

“I knew I was going into the last season of my contract and I was hoping the big boss wanted me to stay. I was glad to get it all sorted quickly and I know my wife and kids feel the same about life here.

“I feel like I’ve made progress every year I’ve been with the club, and I’m not about to stop. I want to keep pushing myself, keep challenging myself to the limit and never thinking I’m completely happy with my game. I want to make my family and the Falcons supporters proud, and that’s my motivation.”

“It’s great news that a player of Tane’s quality, at the peak of his powers, has pledged his long-term future to Newcastle Falcons.

"He embodies what we as a club stand for in terms of his work ethic, family values and the fact he plays a positive brand of rugby with a smile on his face.

“He is a top international-quality scrum-half who has shown he is capable of a consistently high level of performance, and I’m sure I share the delight of our supporters at the fact he will be with us for at least another four seasons.”

Newcastle Falcons kick-start the 2017/18 season with a clash against Worcester Warriors on Friday at Kingston Park.