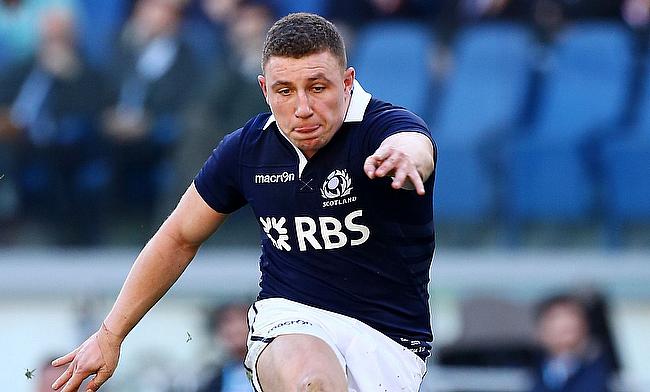 Newcastle Falcons managed to grab their first win in the ongoing season of the Gallagher Premiership after they edged out Worcester Warriors 20-23 at Sixways on Saturday.

The win has taken Newcastle to the eighth position in the table with five points while Worcester Warriors move to last after losing all their three games until now.

The visitors got off to a terrific start with back to back tries from scrum-half Tane Takulua and Sinoti Sinoti in the 6th and 12th minutes respectively with Toby Flood slotting both the conversions to take them to a 0-14 lead.

A 22nd minute penalty kick from Duncan Weir got Worcester off the mark but Newcastle Falcons were reduced to 13-men temporarily with the half-time approaching as both George McGuigan and Johnny Williams were sin-binned with the home side awarded a penalty try on the second occasion after Williams' deliberate knock-on.

The teams headed into the second half with a 10-14 lead for the Falcons.

Flood further extended the lead of the visitors with an early penalty in the second half but Weir had other plans as he helped Worcester level the scores with a converted try in the 50th minute.

The Newcastle fly-half once again provided a brief lead to his side with his second penalty kick in the 57th minute but the scores were levelled when Chris Pennell kicked a three-pointer of his own in the 69th minute.

The final 10 minutes kicked-off with all three results possible and it was Flood, who kicked the decisive penalty goal to complete a 20-23 win for the Falcons while Worcester grab their third losing point from as many games.

"Our line-outs struggled today and we weren't accurate enough in our execution. I think we paid the price for that."