Newcastle Falcons continue to harness the development of university rugby 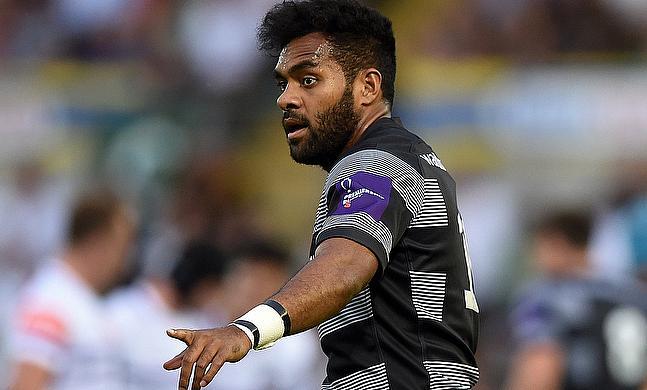 TRU spoke to Newcastle's Adam Brocklebank and George Wacokecoke about the growing link between the Falcons and university rugby in the North East.

It is starting to become more frequent across the Gallagher Premiership.

After the launch of BUCS Super Rugby in 2016, the recognition of university rugby has continued to grow and it is clear that this particular level of the game has grabbed the attention right at the top.

This was highlighted at this summer’s Premiership 7s tournament at Franklin’s Gardens. Over 20 current BUCS Super Rugby players featured for clubs across the competition and former Fiji Sevens coach Ben Ryan along with ex-England Sevens captain Rob Vickerman, praised the influx of players from seven different universities.

We have seen players past and present use the university rugby pathway to kickstart their professional careers. The likes of Gloucester’s Freddie Clarke as well as Sale Sharks’ Josh Beaumont and World Cup winner Will Greenwood can all relate to the benefits of playing the university game.

A host of emerging talent will be on display at Franklin's Gardens this weekend....

For Beaumont and Greenwood, their rugby journeys include their time with Durham University. Both have spoken to TRU in the past about how important their experience in the North East was during the early days of their respective careers and right now, that region of the country is producing some exceptional talent from its universities and it is not going unnoticed.

Durham, along with Northumbria University, are entering their third consecutive season in BUCS Super Rugby and over that period of time, both have seen several of their graduates & current players take the step into the professional game.

With both universities 'isolated' from nearly all of the Premiership sides due to geographical reasons, it can be tough for some players to make the transition, but in the form of Newcastle Falcons, they have a professional club ready to welcome athletes from the university game with open arms.

At 25 years-old, Simon Hammersley could be seen as the main example of making the grade at university and impressing on the Premiership stage for Newcastle, but despite having a lot of time in his career remaining, there is a group of even younger players ready to follow in his footsteps.

The likes of Sean Robinson, James Elliott, Ben Stevenson and Charlie Wilson have all come into the Falcons set-up after affiliating themselves with the two BUCS Super Rugby universities as have Adam Brocklebank (Durham) and George Wacokecoke (Northumbria).

In terms of Brocklebank, his time with Durham is a major factor in why he is now part of a Newcastle Falcons side which finished in their highest position for 20 years last season.

He began playing the sport at the age of just 16 and after enrolling at Durham, he was spotted by the Falcons. The prop impressed in the senior academy and on Sunday, the 22-year old made his senior debut at Kingston Park against reigning champions Saracens.

“I think the university link is massive,” Brocklebank told TRU. “Northumbria and Durham are so up north that I don’t think many Premiership clubs will look at the universities, especially these two.

“With Newcastle on the doorstep, Durham and Northumbria have got the opportunity to show what they can offer and that drives the standard of rugby at university level.

“The boys from Durham have kicked on over the last few years. Bobby [Rob] Vickers has obviously just recently retired and spent a number of seasons playing rugby, but he began at university.

“Myself, Simon Hammersley and Sean have shown that there is a real avenue there and with Newcastle having the choice of some top universities, it is a really positive thing for young players.”

Whilst Durham do have a good history of witnessing their alumni reaching high levels of the game, Northumbria are an emerging force.

Head coach Darren Fearn has recently spoken about the increasing numbers of players from Northumbria who are now using the university as a platform to enhance their career.

Two seasons ago this video was made, “Development” was the theme both on & off the field. With 7 players over the last 2 seasons contracted professionally & players surpassing expectations academically, we are on the right track, much more to come... ????https://t.co/WQkhHP0Aes

A recent call-up to the England Sevens’ World Cup squad for graduate Will Muir made him one of the latest players from Northumbria to progress to a higher level and current student George Wacokecoke is next in line.

Continuing to balance his studies with the development of his game, the talented back has shone for Northumbria throughout the BUCS Super Rugby competition and his dazzling displays at the Premiership 7s also caught the eye.

Wacokecoke, who was previously on the books at Northampton and Bath earlier in his career, will be in the senior academy this season at Kingston Park, but he has already tasted the first team environment after being involved in Newcastle’s impressive 42-17 pre-season win over European Champions Leinster last month.

Speaking to TRU, Wacokecoke said: “It has been really good so far. It has just been a bit of a step up from my university, but I am really enjoying it and I love the new environment and playing alongside the boys.

“I was pretty chuffed to be part of the squad [for Leinster]. I put in the hard work so to get picked was pretty cool. To go over there, in front of their crowd and to put a score on them like that, was a pretty good thing to be a part of and I was pleased with the minutes I got too.”

Like Brocklebank, Wacokecoke cannot speak highly enough about the impact playing in BUCS Super Rugby for his university has had on his career.

He added: “There are still quite a lot of Newcastle boys who are at university at the moment so you can see the link is very important. Just for players who don’t necessarily make it straight into an academy, university rugby offers that different pathway.

“Going to university and getting a degree is so important because rugby doesn’t last forever.

“You then have something to fall back on once you have finished rugby which is nice and you are of course, playing at the same time and it is a good level.

“You are always tested week in, week out and there are a lot more academies across the Premiership who are now starting to get involved with universities. It is a good level to be involved in.”

Brocklebank and Wacokecoke are eager to take their opportunities when they arise this season, whether that be in the Premiership or the A-League, but both are prime examples of players with university experience who have been taken under the wing of the Falcons.