Greenwood: “You won’t find a bigger fan of University Rugby than me” 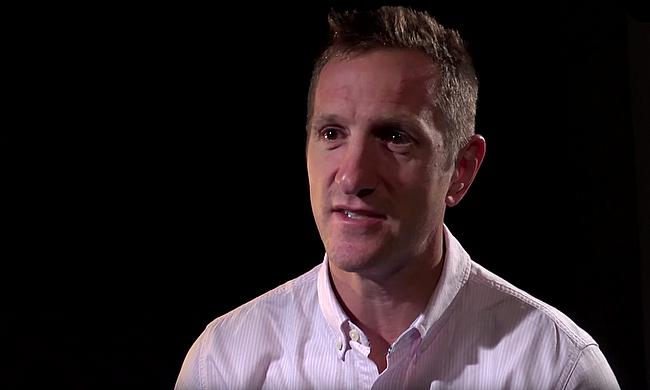 University Rugby is a ‘great path to go down for any young player,’ according to England World Cup winner Will Greenwood.

Greenwood, who won the Webb Ellis Trophy in 2003, is a former student of Durham University where he was involved in the rugby set-up for three years.

He also attended their 2011 BUCS Final at Twickenham and he feels that the platform which University rugby has to offer is great for any aspiring player.

“You won’t find any bigger fans of university rugby than me. It is great way for these young players to get involved in the sport,” Greenwood told Talking Rugby Union.

“I had the best three years ever at Durham playing my university rugby. I know it was in a different era and it was amateur, but I think the game at that level is critical.

“There is clearly a pathway that suggests that you can go straight into an academy and become part of a professional outfit. I am always a big believer that unless you are the next Owen Farrell, Jason Robinson or Martin Johnson, I feel that university rugby is a great path to go down and it also keeps your options open.”

This season, BUCS has changed the Men’s competition by introducing a Super Rugby League where the top eight teams in the country battle it out for a place in the Twickenham final in March.

There is some superb quality on show in each round too, not only in the Super Rugby, but across all divisions of the game.

In addition, there have been a number of players that have come through the University rugby system and gone to reach the highest level and even though some players aim to reach the top via university rugby, Greenwood feels that it is also about developing yourself as an individual.

“In terms of players that have used the university route, you just have to look at the likes of Josh Beaumont,” added Greenwood.  He went through the Durham University set-up and has now been in recent England training squads. It won’t be long before his first cap, but it shows what this level of rugby has to offer.

“I feel that kids in this modern era are all in a rush, which I totally understand. I also get that you can earn £20,000 a year to play for England so no wonder these kids are in a rush!

“On a serious note, only a tiny percentage of players get to the top level in England so the key is to not be alienated by trying to get into an academy.  Some will get to that stage and think they have made the wrong decision and give up on the game all together because that path has closed.

“There is great fun to be had playing rugby and players can feel that if they find their level which they are happy with and I think that pressure free University rugby does offer that. Added to that, they can enjoy the university lifestyle too – so a bit of fun on bus trips after some tough away games as well as mixing with other athletes!

“Having been a sporty kid at school, the path of sport was a great way to mix and socialise and University rugby is a way of doing just that.”

Rugby Union is one of the most popular sports at University level and is continuing to grow each year in terms of quality and coverage of the game.

The CEO of Premiership Rugby, Mark McCafferty, indicated at the recent Rugby Expo event that the Premiership are looking into expanding on the 12 team game at the top level and tying that in to help the University game develop even more.

“We have had a look had the potential of using University rugby. I know several of our Premiership clubs are involved with their local university and I think that is probably the way forward.

“It is the RFU’s job to develop University Rugby on a nationwide level, but I do see our clubs having increasingly closer ties with their local university clubs.

“Also, not only from a playing point of view, a number our clubs have links with the universities in regards to education as well as providing facilities, sharing research, working together on sports science and they do also sponsor students too and that shows the broader relationship our clubs have with another pillar of the game.”