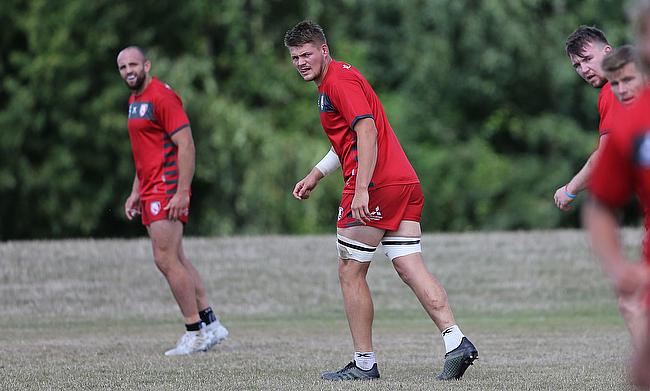 Clarke is a product of the University of Bath which provided him with a foundation to move into senior rugby.

Gloucester Rugby's Freddie Clarke hopes to see an increase in university graduates moving into the Gallagher Premiership over the next few years.

With BUCS Super Rugby now providing a brilliant platform for young athletes to showcase their abilities, more players are progressing into senior rugby.

The 25-year-old forward, who studied for three years at the University of Bath, grasped his opportunity to pursue a career in the sport and Clarke says he thinks more players can do the same.

“Student rugby is not seen in the greatest light by top teams,” Clarke said. “It is normally a great pool for Championship clubs to take players from.

Brilliant to hear @Freddie_Clarke, someone who has played in the Premiership and on the European stage, speak so highly about @BUCSsuperrugby and his time with @TeamBath. #pathway #unirugby pic.twitter.com/oEOh4uYLlv

“They have brought in BUCS Super Rugby which is a great platform for players to showcase themselves and hopefully that keeps getting the funding and keeps moving forward so we could then see more university graduates playing Premiership rugby.”

During his time at university, Clarke featured in the A-League for Bath Rugby and also represented Great Britain Students 7s, England Students and England Sevens.

In June 2015, Clarke signed his first professional contract with Championship outfit London Scottish before moving to Gloucester at the beginning of 2016-17 campaign.

Asked about his journey to Kingsholm, Clarke said: “It is not the most conventional route that most people go through to get here.

“I loved my  time at the University of Bath. From that, it gave me the opportunity to join a Championship club in London Scottish and then fortunately from there, I was given the opportunity from Gloucester and I am loving my time here.”

Clarke is part of a Gloucester side which seem to be on the up following a much-improved season last year.

The Cherry and Whites mounted a serious challenge for a top four spot and also reached the European Challenge Cup final in Johan Ackermann’s first term in charge.

Clarke insists the club are not getting ahead of themselves going into the new season, but as ever at Kingsholm, expectation is bound to be high.

He added: “It is very easy to say whatever you want to achieve, but of course, top four is certainly a realistic goal and with the Champions Cup, we want to go as far as we can take it. I know everyone says it, but we are not looking too far ahead.

“We are looking at the here and now so hopefully we get a good start to the Premiership and see where it takes us.”

Gloucester begin the new campaign at home to Northampton Saints on September 1st and Clarke is hoping to be involved as much as he can this season.

He made 27 appearances last term and with competition high in the back-row, the former university student is looking to challenge himself once again.

“From a team point of view, from the ‘middle end’ of the season we sort of let slip a little bit which pushed us out of the top four,” said Clarke.

“Our European form kept us going, but unfortunately we lost in Bilbao, but on a personal level, it was great to play a part throughout the whole season and it has really built strong foundations for me this season to hopefully kick on and see where it takes me.

“Last year gave me a lot of confidence in myself. Johan has talked about playing with no fear and playing what you see in front of you. That’s something I like to do.

“I am very much a front foot player and I enjoy quick rugby so his style and brand helped my game. I have got goals I have set myself for the season and hopefully I can achieve them.”