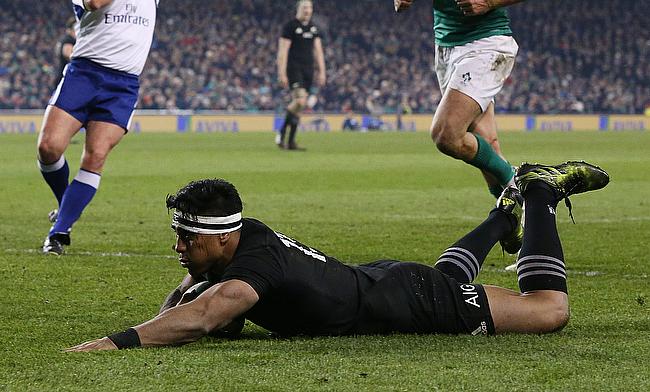 Ireland failed to repeat their Chicago heroics in Dublin against the All Blacks as they succumbed to a 9-21 defeat at Aviva Stadium on Saturday.

Despite, Ireland having 67 percent possession and 70 percent territory in the game, they could not quite overpower New Zealand with three of their key players injured in the first half.

It took New Zealand just two minutes to get off the mark when centre Malakai Fekitoa grabbed a perfect off-load from Beauden Barrett to score the first try in the game while the fly-half also added the conversion.

Jamie Heaslip almost got near the post overpowering Kieran Read but was held up Barrett which allowed a penalty to Ireland and Jonny Sexton reduced the gap to four points with a successful kick. A powerful tackle from Sam Cane saw Robbie Henshaw leave the field in the 11th minute.

World Rugby player of the year Barrett proved his worth yet again as he stormed in the midfield and crossed over for the All Blacks despite a desperate tackle from Sexton. TMO was referred and Barrett was extremely fortunate to get the decision in his favour.

Scrum-half Aaron Smith put New Zealand in trouble as he was sin-binned for off-side in the 17th minute. A hamstring injury saw Sexton leave the field while CJ Stander also missed the action with a possible concussion after he attempted to bulldoze and Fekitoa.

Despite, temporarily one player down in the All Blacks side, all Ireland could manage during that phase was a penalty from Paddy Jackson as they ended the first half trailing by 6 - 14.

Fekitoa became the second New Zealand to be sin-binned in the game when he performed a high tackle on Simon Zebo.

Another Jackson penalty in the 57th minute saw Ireland trailing New Zealand by just five points Fekitoa returned back to score his second try in the game, courtesy an offload from TJ Perenara to stretch the lead to 12 points.

The referee did not opt for TMO but replays indicated that Barrett's pass moved forward much to the frustration of Ireland. The All Blacks managed to maintain the lead for the rest of the game and completed a 9-21 win, though it wasn't convincing from them.